At the beginning of last week, Michael Froman, the US Trade Representative and Barack Obama's go-to man for difficult deal-making, stood in front of an audience inside the German ambassador's residence in Washington. Speaking to participants from a meeting of the Munich Security Conference, he was so confident of the benefits and prospects of a new trade agreement between the United States and the European Union, that it made the recent headlines of a new trans-Atlantic ice age seem overblown.

The proposed free trade agreement between Europe and the US remains a personal priority of US President Barack Obama, Froman assured the guests, adding that the advantages of closer economic ties between the two continents would be beyond belief.

"Froman's speech sounded like a sales pitch, like a sales presentation," a participant later said. Even when a guest asked if the revelations of NSA spying in Europe must be a topic handled during the negotiations, Froman did not get thrown off course. Data protection is not specifically a trade issue, he countered, adding that such things are best settled separately.

The optimistic remarks by the chief US trade negotiator set the tone for the American position in the free trade agreement negotiations. The motto is that most important thing is to continue moving forward, even if leading European politicians such as the president of the European Parliament, Martin Schulz, are calling for suspending negotiations.

A high-ranking American expert shared a possible time frame for the free trade negotiations with SPIEGEL ONLINE. In the coming meetings this week in Brussels and in those scheduled in Washington in December, the technical and regulatory details should be settled, and sticking points such as how to handle genetically modified foods and standards for medication are to be worked out.

The US government has made some small moves in these areas. Recently, the US eased restrictions on the import of EU beef, which has been subject to strict conditions since the 1998 BSE scandal. João Vale de Almeida, the EU's ambassador to Washington, considered this a "good omen" for the upcoming negotiations.

A meeting between Froman and European Commissioner for Trade Karel De Gucht is planned for January, and will likely take place in the US. After that, further trade negotiations could take place every month until an agreement is finalized, before the current European Commission leaves office in the fall of 2014 and the Americans elect a new Congress.

This schedule is, of course, very optimistic. When it comes to the discussions over technical trade details, contentious political issues such as the NSA spying scandal will be left out, because the bureaucrats negotiating are not responsible for them. But after a meeting between Froman and De Gucht, at the latest, political brokering will factor in, and the parliaments of the EU member states and the US Congress will have to approve any agreement.

Lack of Support in Germany

Even though experts predict that the proposed trans-Atlantic free trade agreement could create up to 160,000 jobs in Germany alone, public approval for any such agreement has dropped since the NSA revelations were made. According to a survey by the Internet-based research firm YouGov, a majority of Germans support suspending the trade talks. John Kornblum, a former US ambassador to Berlin, has said: "The damage has probably already been done. The negotiations face a very uncertain future."

Daniela Schwarzer, an expert on Europe at the German Institute for International and Security Affairs (SWP) in Berlin, says there is considerable time pressure for negotiations, before the US election season starts again. After that she fears there would be further delays, should the negotiating mandate for the European Commission be broadened to include data privacy. She said tt would be better if the EU negotiated these questions separately.

But can such a separation even be made politically? Negotiators from Europe and the US will experience how difficult that is on Nov. 11. While they are meeting in Brussels, the influential US Congressman Jim Sensenbrenner, a Republican from the state of Wisconsin, will also be in town. He will speak at a hearing of the European Parliament on the NSA spying scandal, to which representatives of the US Internet giants Google and Facebook have also been invited.

Sensenbrenner once supported the Patriot Act, which leveraged the rights of US citizens in the war against terrorism. But now he says that US intelligence agencies went too far in their obsessive collection of data, and he is campaigning, in collaboration with the Europeans, for stricter controls of the NSA. 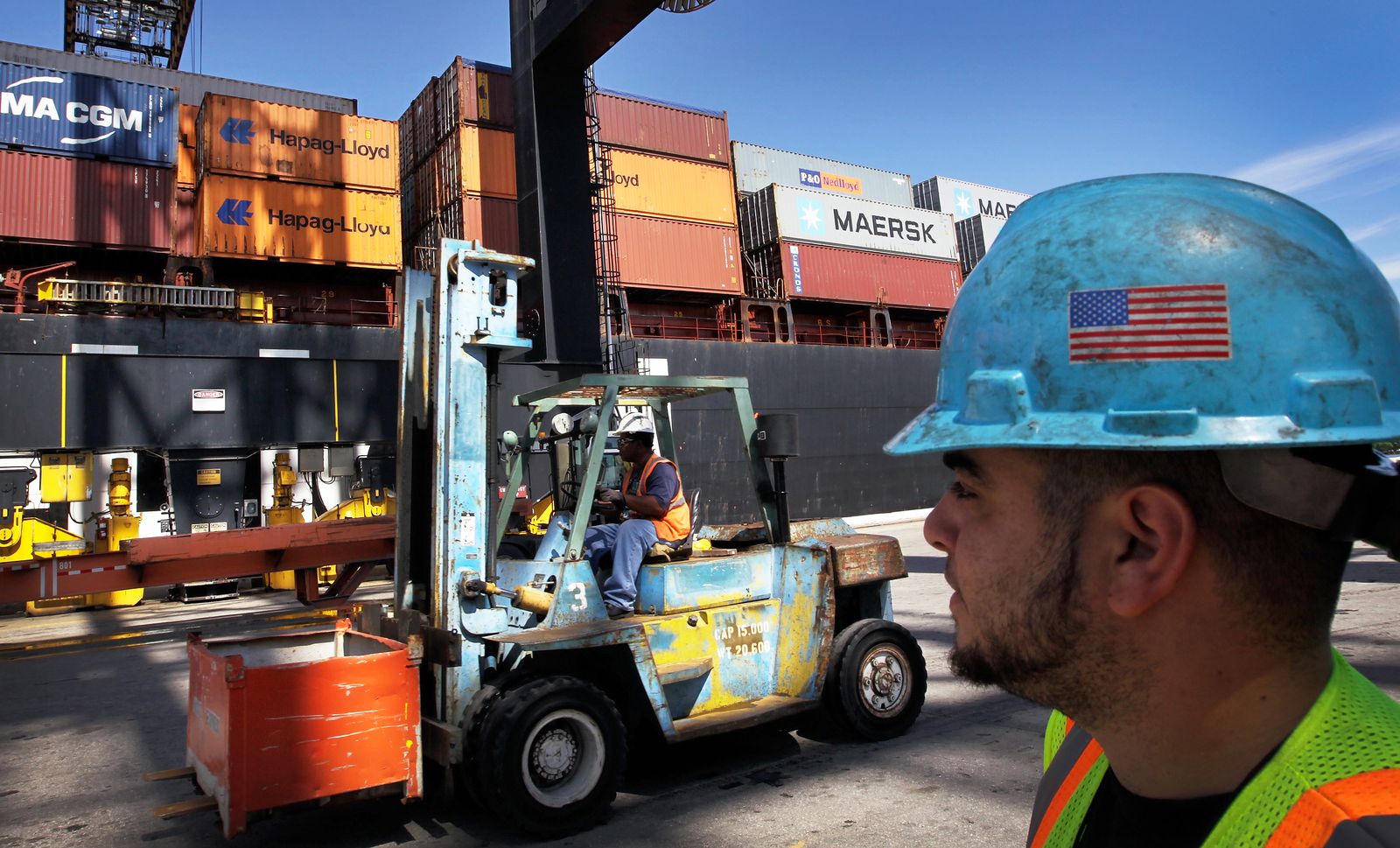 A container ship docked at Port Everglades in the US state of Florida.