A number of commemorative products have been feverishly produced in anticipation of Pope Benedict XVI's visit to Germany this week. Souvenir vendors will hawk pope candles, postcards, t-shirts and other items to his followers at events around the country. Select bakeries are even reportedly creating special bread in honor of the Holy Father. But in Berlin, where Benedict arrived on Thursday, the pope has had a beer made in his name.

The organic pilsner, called Papst Bier, or "pope beer," was brewed at the Brauhaus Südstern, just a stumble away from the German capital's papal diplomatic mission, the Apostolic Nunciature, where Benedict will stay overnight after visiting parliament and addressing a stadium full of pilgrims on Thursday.

According to Helmut Kurschat, whose brewery is the only one in Berlin's traditionally alternative Kreuzberg district, the special tipple is meant to be a sign of neighborliness.

"The Apostolic Nunciature is just 60 meters from our brewery," he told daily Süddeutsche Zeitung. "It made sense to brew a special pope beer."

Gregorian Chants from a Ghetto Blaster

But a standard brewing process wouldn't do for the Holy Father. Brewers "ensouled" their creation by playing Gregorian chants with a ghetto blaster on the night of a new moon, 54-year-old Kurschat said. The result is a "pleasant, hoppy pilsner with a natural finish," he says.

The brewery has invited beer enthusiasts to raise a glass "in a peaceful demonstration of good taste" to the pope in their beer garden, from where they will be able to observe the massive media and security furor surrounding the Catholic leader. The playful invitation refers to a number of demonstrations expected throughout the city during the papal visit, part of the reason police have been placed on high alert.

A heavy police presence has turned the neighborhood around the papal mission in the neighboring Neukölln district into a high-security zone, complete with barriers and parking bans. Meanwhile residents around the Apostolic Nunciature have been forbidden to open their windows or set foot on their balconies. They will also have to show identification before they are allowed to enter their homes.

Meanwhile security around the Olympic Stadium, where the pope will celebrate mass before a large crowd, has also been tightened considerably. After he addresses politicians in the Bundestag, Benedict will travel to the stadium to be greeted by choirs and trumpets. There he will say mass for some 70,000 followers before heading to the Apostolic Nunciature to rest up for the next three days of his Germany trip. 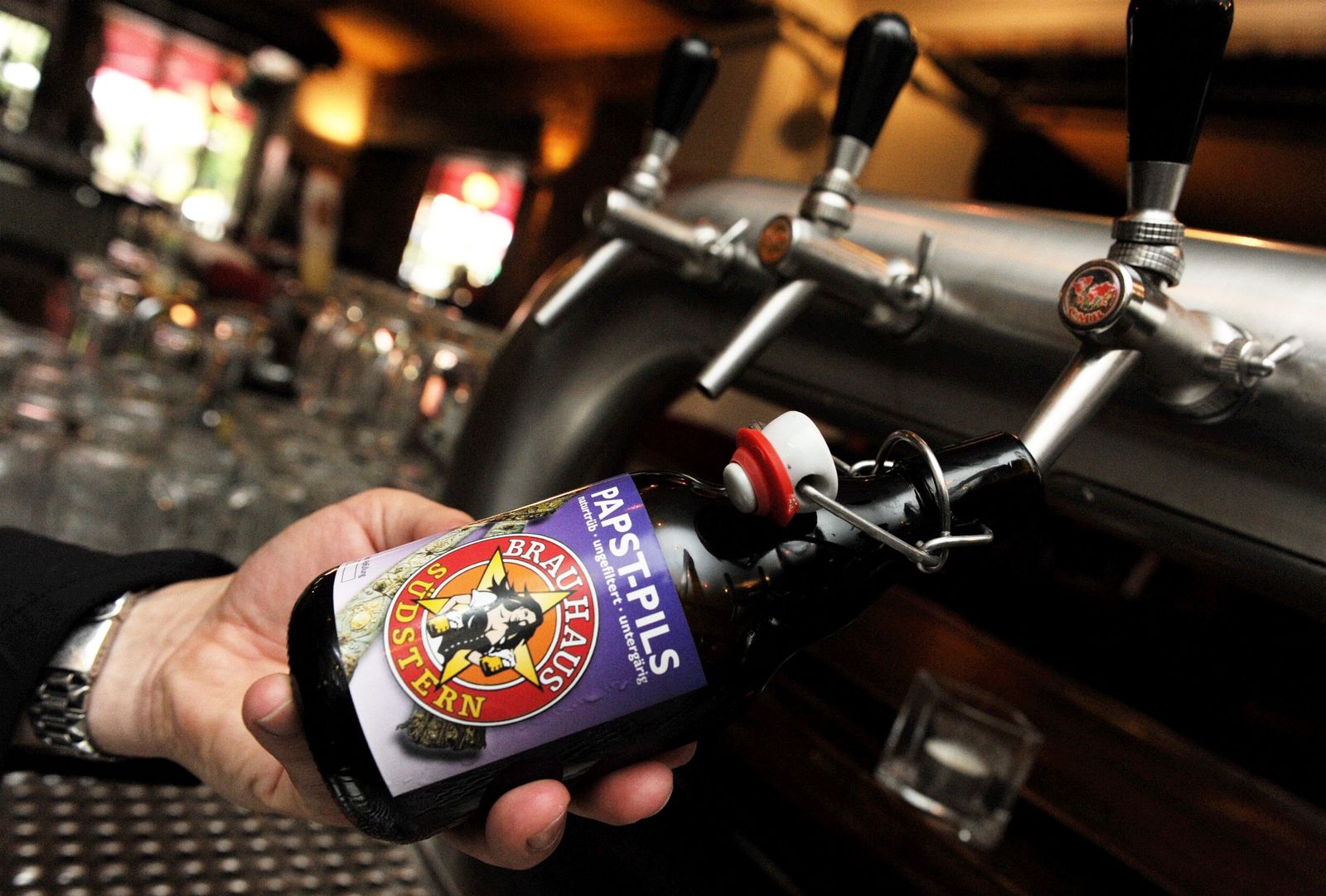 A Berlin brewery is celebrating the pope's visit with a special beer.