With the damp and chilly weather outside, participants in Vienna's first indoor marathon were led to expect more favorable conditions on Sunday. But the race turned out to be far easier than they could have imagined.

"Zero incline or descent, no wind and a constant temperature of 15 degrees Celsius (59 degrees Fahrenheit) allow for personal best performance," organizers promised on their website. And there were plenty of personal bests for the some 850 runners who signed up for the race -- though it was for a different reason entirely.

The course set up through two large halls at the Austrian capital's main convention center turned out to be some 1.8 kilometers (1.11 miles) too short. Instead of running the standard marathon distance of 42.195 kilometers (26.2 miles), runners clocked just 40.435 kilometers.

As runners began crossing the finish line, both they and spectators reacted with surprise to their conspicuously good race times. Initially, organizers denied the first rumors that the course had been too short, but later admitted that there had been "a small problem" with their measurements, which had a far greater impact that expected.

The course had been measured with a "calibrated perambulator," they said, but a later change necessitated by safety requirements apparently caused each lap to be shortened by 110 meters.

Organizers assured they will have the marathon course length officially certified next year. 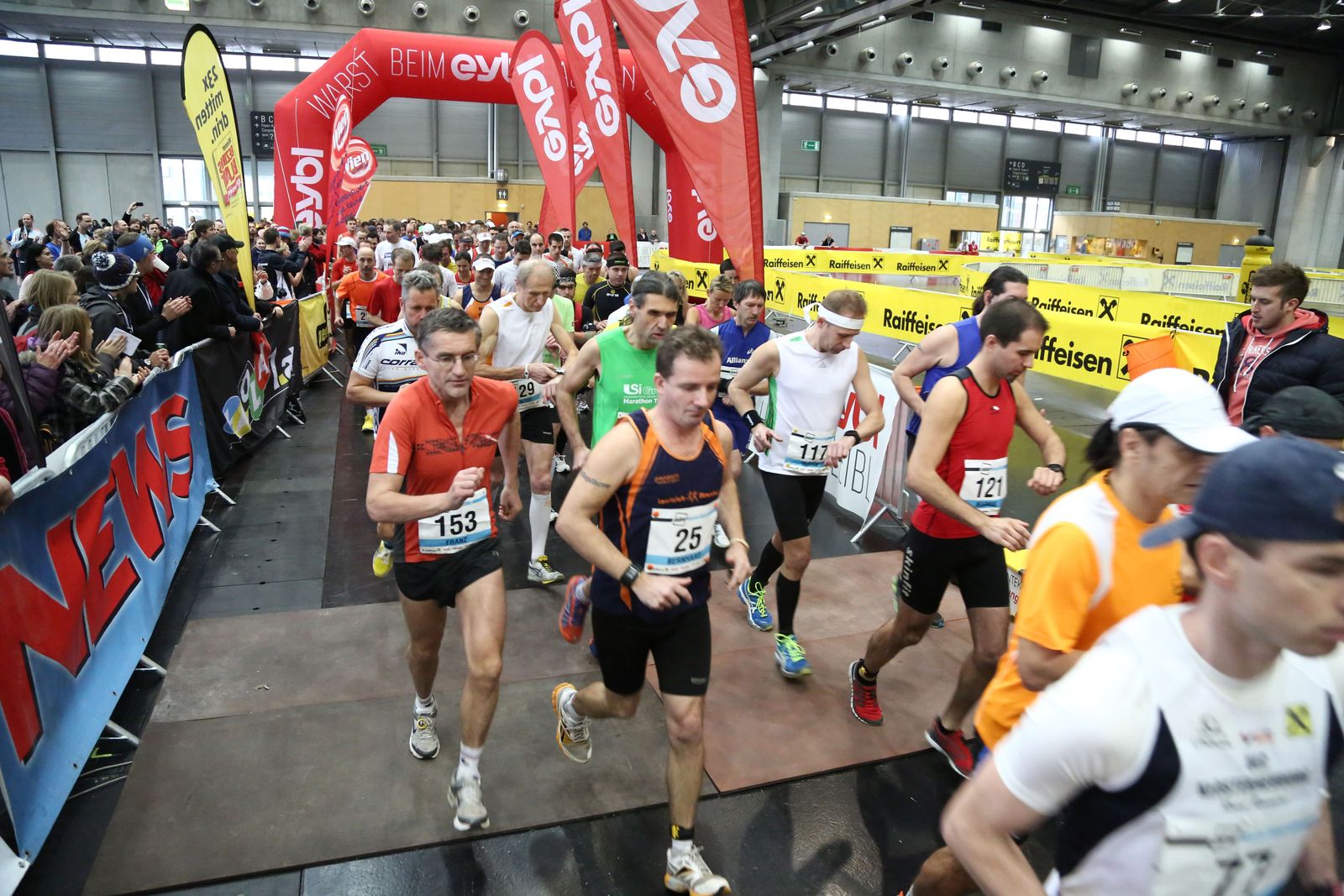 No joke: Runners in Vienna soon realized they weren't as fast as they thought.