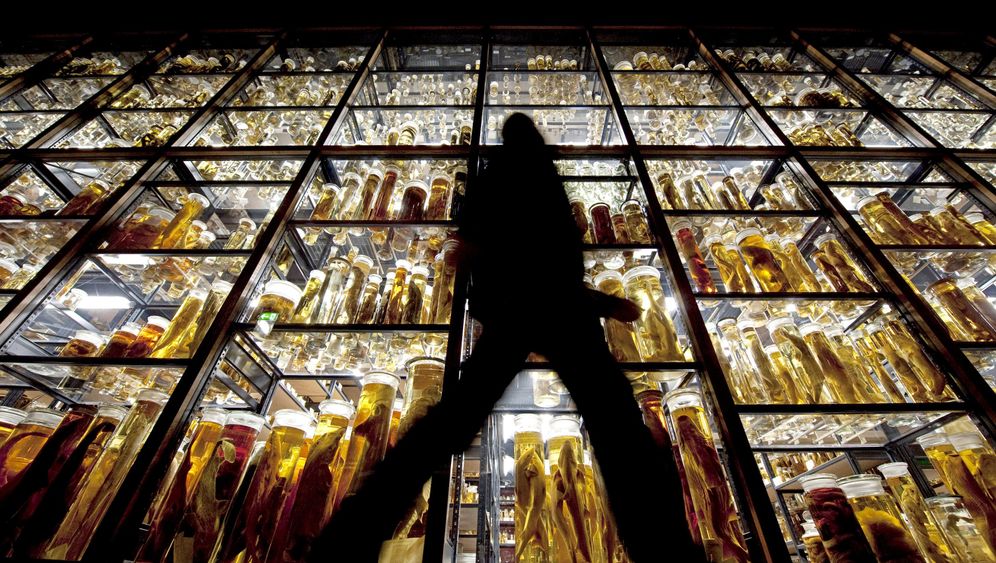 Thousands of jars containing fish, mammals, worms, crabs, spiders and reptiles preserved in alcohol have gone on show in Berlin in a spectacular new exhibition at the city's Natural History Museum.

Some of the exhibits are more than 200 years old. The jars were previously stored in various parts of the building but have now been moved together in one location in the museum's newly reconstructed east wing. The wing was destroyed in World War II.

Berlin now boasts what is probably the most modern storage site for alcohol-preserved natural exhibits in the world, the museum said. It contains some 1 million objects stored in 276,000 jars, containing a total of 81,880 liters (21,600 gallons) of alcohol and lined up on 12.6 kilometers (7.8 miles) of shelves.

"These are valuable, irreplaceable cultural assets that have been collected over two centuries and remain indispensable for biological research to this day, and are extensively used internationally," the museum said in a statement. "It is a milestone for the preservation of our collections and provides optimal conditions for research into biodiversity and evolution."

Part of the so-called "wet collection" was opened to the public on Tuesday in a spectacular permanent exhibition that allows visitors to wander along a giant glass display case with perfectly preserved lizards staring back at them through the vintage jars.

The museum was opened in 1889 by Emperor Wilhelm II. A direct hit by an aerial bomb destroyed a wing in World War II, and the museum has suffered from a shortage of suitable storage space ever since. Collections had to be divided up, which made it more difficult to find and conduct research on objects.

Reconstruction of the wing didn't start until November 2006 and was finished this year. The wing was opened to the public on Monday.

"For me the biggest gift is that only six jars broke during the move," Peter Bartsch, the curator of the collection, told Bild newspaper.