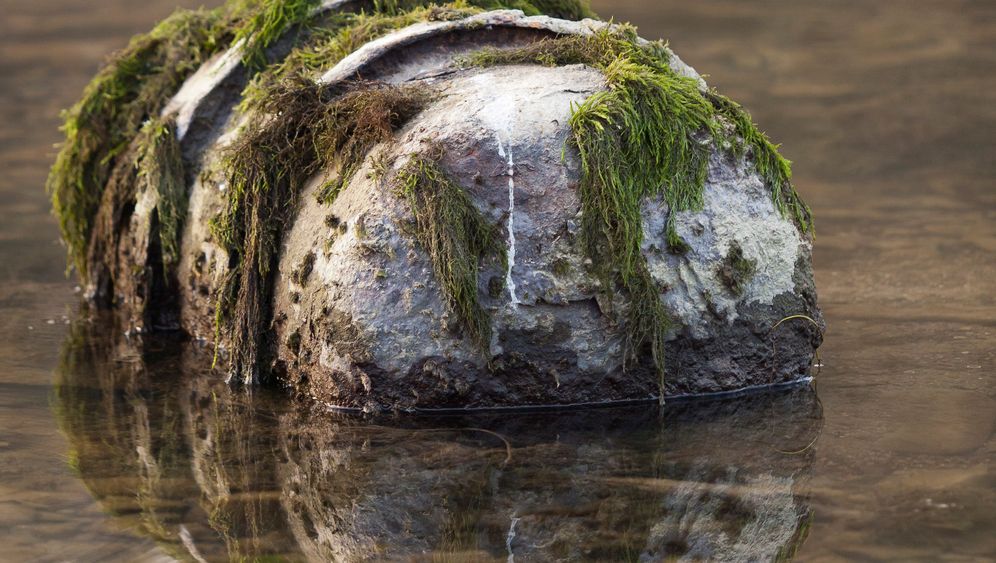 For more than 200 years, the myth of the Lorelei rock, named after a mythical mermaid who lured fisherman to their deaths by singing the most beautiful song ever heard and causing them to crash into the rocks, put fear into the hearts of captains of boats plying the Rhine River. Historically low water levels this November are presenting a new threat: World War II bombs.

Sinking water levels have exposed much more of the river bed than normal, and it turns out the bottom of one of Europe's busiest waterways is still littered with World War II leftovers. Over the weekend, passers-by alerted the authorities to the presence of one incendiary bomb near Cologne, two barrels in Koblenz filled with a chemical used during the war to create smoke screens and one large bomb, also in Koblenz, that is still lying in 40 centimeters (16 inches) of water, waiting to be defused.

Indeed, the dangers of finding additional World War II detritus are so great that officials are now reminding people to immediately report any suspicious objects they might spot.

The munitions are now coming to light due to an unusually dry autumn in Germany, resulting in the lowest November water levels seen along the Rhine in decades. With no rain in sight, it is likely to continue to drop. Already, many barges that travel up and down the river have had to lighten their loads to avoid grounding. In Bonn, the river was just 1.17 meters (3.9 feet) deep last Friday. "That is really very low for this time of year," a spokesman for the Duisburg-Rhine shipping authority told the Bonn daily General-Anzeiger.

The barrels found near Cologne were filled with chlorosulfuric acid, which, while commonly used during World War II, can also cause severe irritation if it comes in contact with skin or eyes. The barrels were destroyed on Sunday following the evacuation of 1,500 nearby residents.

Authorities also quickly dispatched the incendiary device, exploding it on the shore where it was found. The larger bomb near Koblenz, however, will require some additional examination before authorities determine whether to blow it up on site or defuse it. The fact that the explosive is still lying in water makes its removal more complicated, a spokesperson for the Office of Fire and Catastrophe Protection said on Monday. "Very intensive inspection is necessary," the spokesperson said.

Despite the sudden rash of discoveries, they are not particularly surprising. The area of Germany around Cologne was bombed heavily during World War II and finding unexploded ordnance is relatively commonplace, particularly during construction projects. Indeed, hardly a week goes by without an explosive being found somewhere in Germany. On Monday, for example, a 500-pound bomb was found during preparations for a garden exhibition in the town of Landau, just south of Frankfurt. It was to be defused on Tuesday.

It is also not the first time that the Rhine has been the site of such an extensive clutch of explosive finds. When waters dropped significantly in October 2009, beach combers near Düsseldorf found a large bomb, a teller mine and a grenade. In just three days. 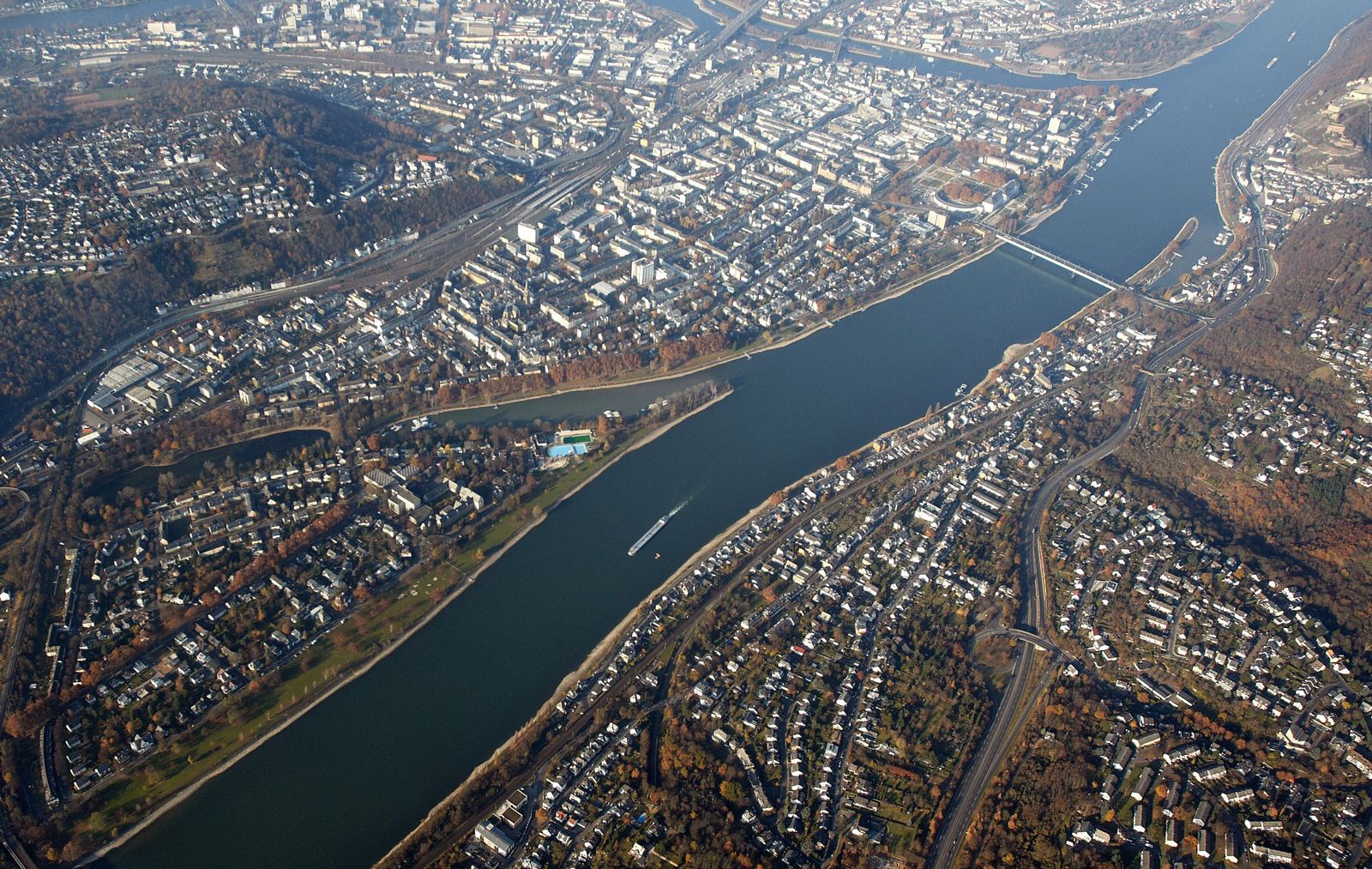 Most of the finds have been made on the shores of the Rhine near Koblenz, pictured here. In addition to the chemical-filled barrels, people have found an incendiary bomb and a larger explosive that is still sitting in just over a foot of water at the river's edge.