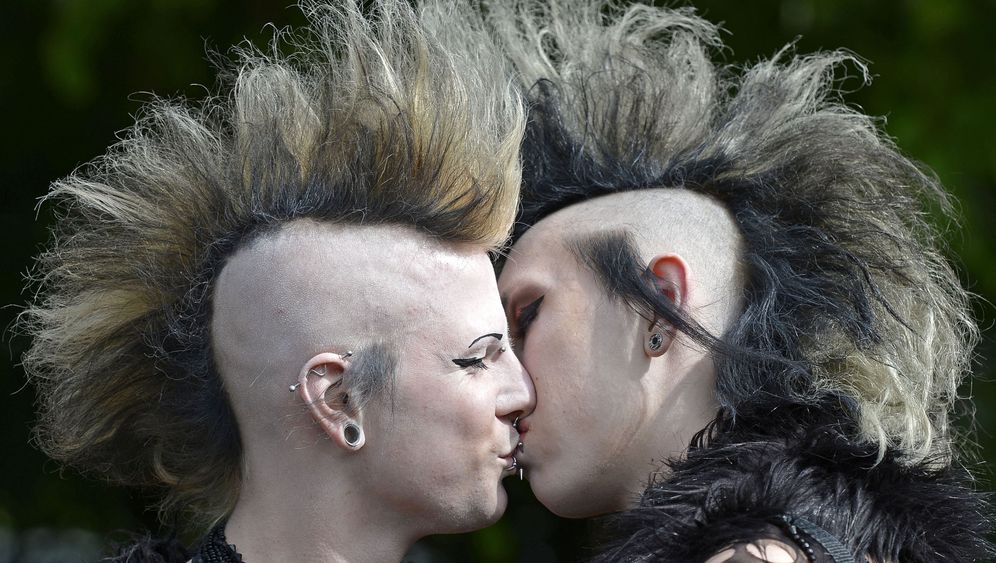 From cybergoths and steampunks to deathrockers, rivetheads and leather fetishists, some 21,000 people attended this year's Wave Gothic Festival (known here as the Wave-Gotik-Treffen), Leipzig's legendary annual celebration of "dark" music and arts, which came to a close on Monday night.

The four-day festival, which was deemed illegal by the East German authorities when it began in 1988, is today one of the largest goth festivals in the world and includes some 200 musical acts that span a mash-up of genres and sub-genres from medieval to death metal to horrorpunk.

Filled with names like Disemboweled, Altar of Plagues, Hypnoskull, Daemonia Nymphe and Velvet Acid Christ, this year's roster was offset by a fairly diverse program of activities, including a "knitting afternoon for dark romantics," staged readings from selected Stasi files on "GDR Goths," a workshop titled "The Colorful World of Woodcuts," vampire role-playing and a Victorian picnic for which "elegant Lolitas" were asked to bring their own crockery. There were also Renaissance fairs, Viking and Pagan markets, absinthe brunches, cemetery tours, fetish parties and many late-night dance parties.

The Wave Gothic Festival's most unique offering, though, was probably the people-watching. A purple-haired cross-dresser in black lace pushed his skeleton baby in an old-fashioned carriage, while Victorian vamps in corsets strutted through a field. many-colored ropes sprouted from the head of a pierced, magenta-eyed visual kei rocker, while a girl in a black latex muzzle cried tears of fake blood. There was lots of metal, vinyl, leather, tulle, lace and, of course, black as far as the eye could see.

The weather over the weekend was fairly gray and chilly, which was probably just as well for the participants.