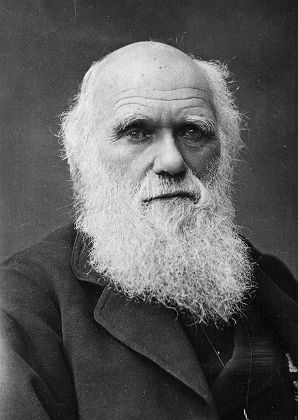 Darwin's complete works have been made available for free online.

They say you have to evolve with the times. Now the original source of the survival metaphor is getting his fair shake at it. On Thursday, the Cambridge University Library published Charles Darwin's private papers on the Internet, including his original sketch of the theory of evolution.

The publication is the largest ever of the famed scientist's personal papers, which for decades have been available only to scholars at Cambridge University. The archive contains nearly 90,000 images and 20,000 items, including sketches, field notes, manuscripts, drawings, letters and photographs.

Among the highlights of the trove are Darwin's first draft of the theory of evolution, a pencil sketch of species theory, notes from the Beagle voyage, copious pages of jottings on sleep, expression, geology, plant reproduction, dust, and material for the first edition of his controversial treatise The Descent of Man, which attempts an evolutionary explanation of the human species.

Personal papers in the collection are also newly available to the public: sentimental correspondence with his wife (and cousin), Emma; selections from her recipe book, including one for "Ilkley pudding"; family photographs, caricatures of Darwin that he collected; letters sent to the family on the death of Annie Darwin, at age 10; and Darwin's own correspondence and notes on religion. On occasion, beneath Darwin's hard-to-decipher writing, his son Erasmus would help out, in notes like this: "He considers that the theory of evolution is quite compatible with the belief in a God," he writes to a correspondent. "But ... different persons have different definitions of what they mean by God."

Paul White of the Darwin Correspondence Project told the London paper the Guardian on Thursday, "There is a kind of fascination about it having all the original handwriting and the places where he was making changes and was struggling with issues."

Darwin's papers were first dedicated to the Cambridge University Library in 1942 by the Darwin family and the Pilgrim Trust. The online images made available today are scans from microfilms created by Cambridge Library's Imaging Service in the 1990s. The Internet publication is part of the Darwin Online project, which was started in 2002.

Yet for all these changes in medium, many but not all of the papers are, according to the library's 1960 description of the originals, "presumably just as Darwin left them," as the Web site states.