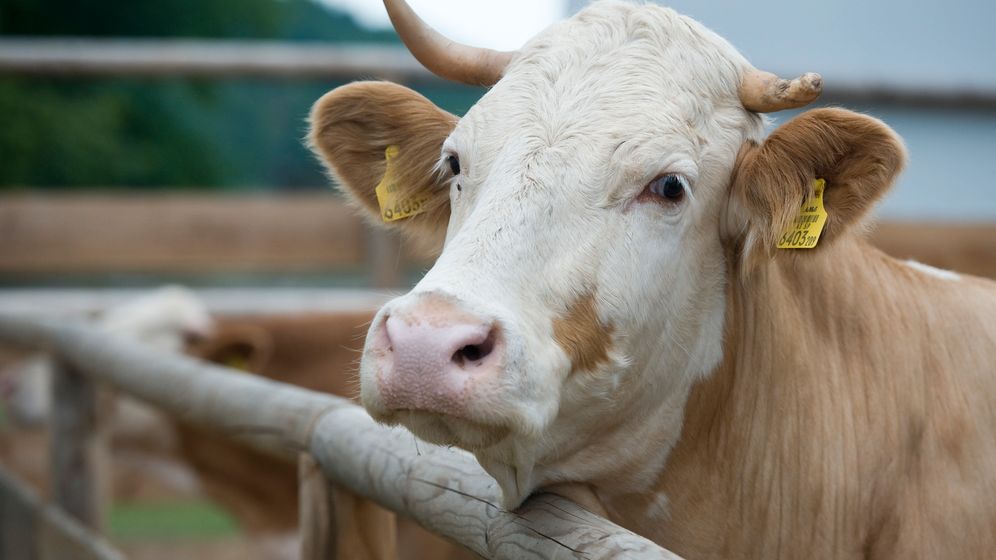 Photo Gallery: Carrying on the Legacy of Paul the Octopus

Germany has long been the mother lode of animal stories. There was Knut the baby polar bear, Bruno the marauding brown bear, Petra the swan who fell in love with a pedal boat, Heidi the cross-eyed opossum and Dietmar the stork who broke his leg.

None, however, has yet managed fame on two separate occasions. But that hasn't stopped Yvonne the cow, famous for breaking out of her enclosure in Bavaria and eluding her would-be captors for weeks, from trying. The pig-headed bovine is now going to try her luck as an oracle for the European Football Championship tournament -- and is hoping to follow in the tentacle-steps of the late Paul the Octopus, the greatest of all sports forecasters.

"She has character and she has personality," said Ulli Wagner of Bayern 3, the radio station for whom Yvonne will be making her predictions.

Yvonne is not alone. After the remarkable success of Paul the Octopus, who correctly predicted the results of all eight of Germany's matches in the 2010 World Cup as well as the final, only to die a short time after the tournament, there is a veritable menagerie of beasts competing this year to walk, flutter or slither their way to fame. There is Nelly the elephant, Xaver the bulldog, Emma the pig, Mörmel the otter, Traudl the goat, Axel the axolotl and the Baltic Sea seagulls living on the island of Usedom.

And that is just in Germany. There are also rabbits in Switzerland, a gigantic hog in Ukraine and another elephant in Poland. Among others.

The bar is high. Paul achieved world fame, not to mention honorary citizenship in the Spanish village of Carballiño, for his feats. A monument was also built in his honor at his home aquarium in the city of Oberhausen following his demise. The numbers would seem to suggest that a repeat isn't likely. The probability of correctly predicting the results of eight straight games -- without, presumably, the benefit of reading the sports pages -- is a mere 0.39 percent.

Yvonne is not likely to be bothered by such trifles, though. She spent almost four months on the run last summer after a daring escape to avoid slaughter, eluding helicopters, hunters and even a handsome ox decoy named Ernst. When she was finally cornered last September, it took two tranquilizer darts to subdue her, and even then she broke free long enough to charge a tractor.

The cow's present existence is much more tranquil. Her escape-artist heroics won her a stay of slaughter and now she spends her time wandering around on a Bavarian farm munching grass. Her new duties won't be much of a strain either. All she has to do is choose between two buckets of feed, each marked with a flag. If she proves to be psychic, immortality will be hers.

12 Bilder Photo Gallery: Carrying on the Legacy of Paul the Octopus 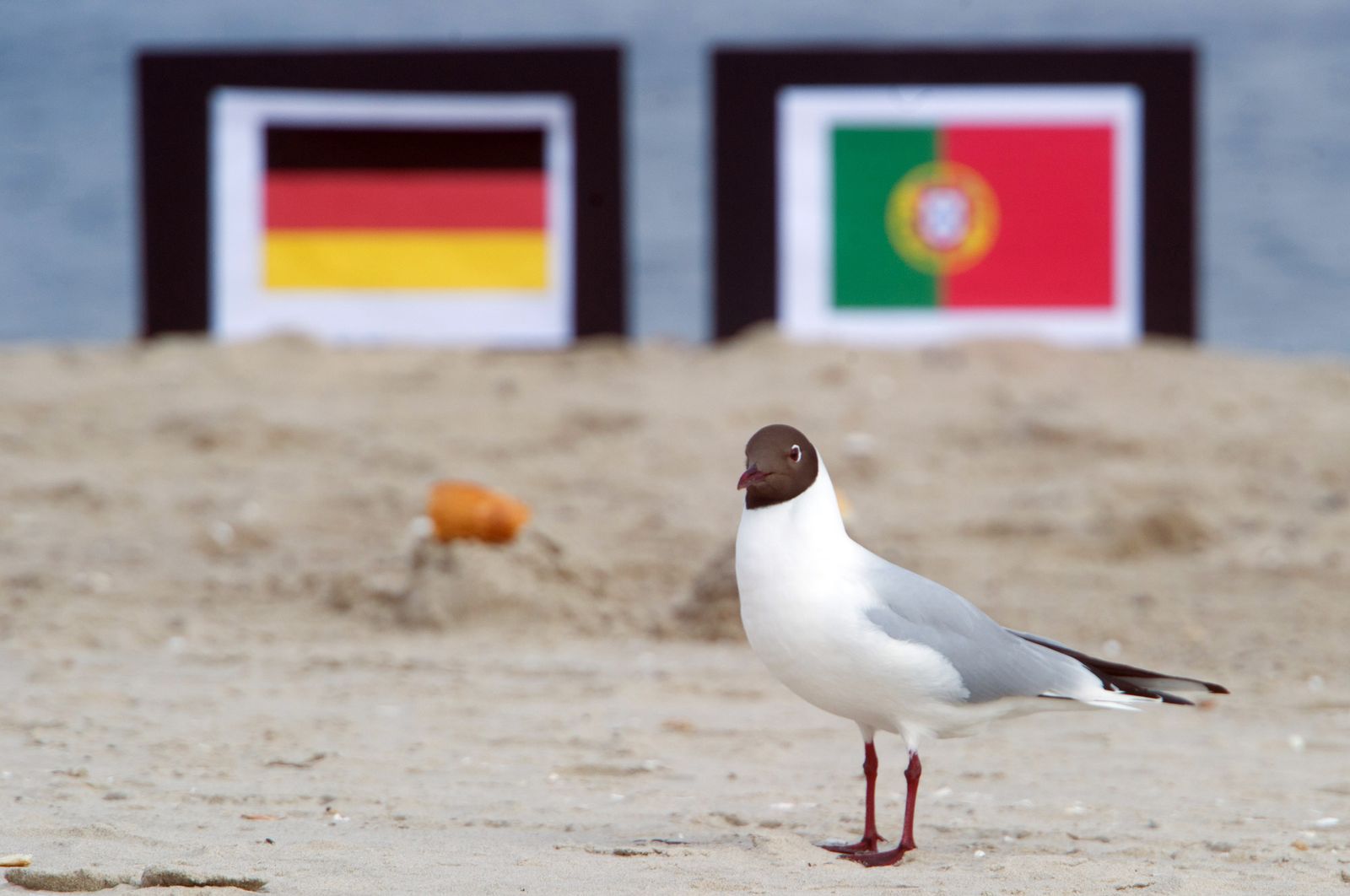 On the island of Usedom on the Baltic Sea, seagulls are weighing in on which football teams will be successful. Pieces of bread are set out in front of two flags, and the seagulls have to choose which one they prefer. 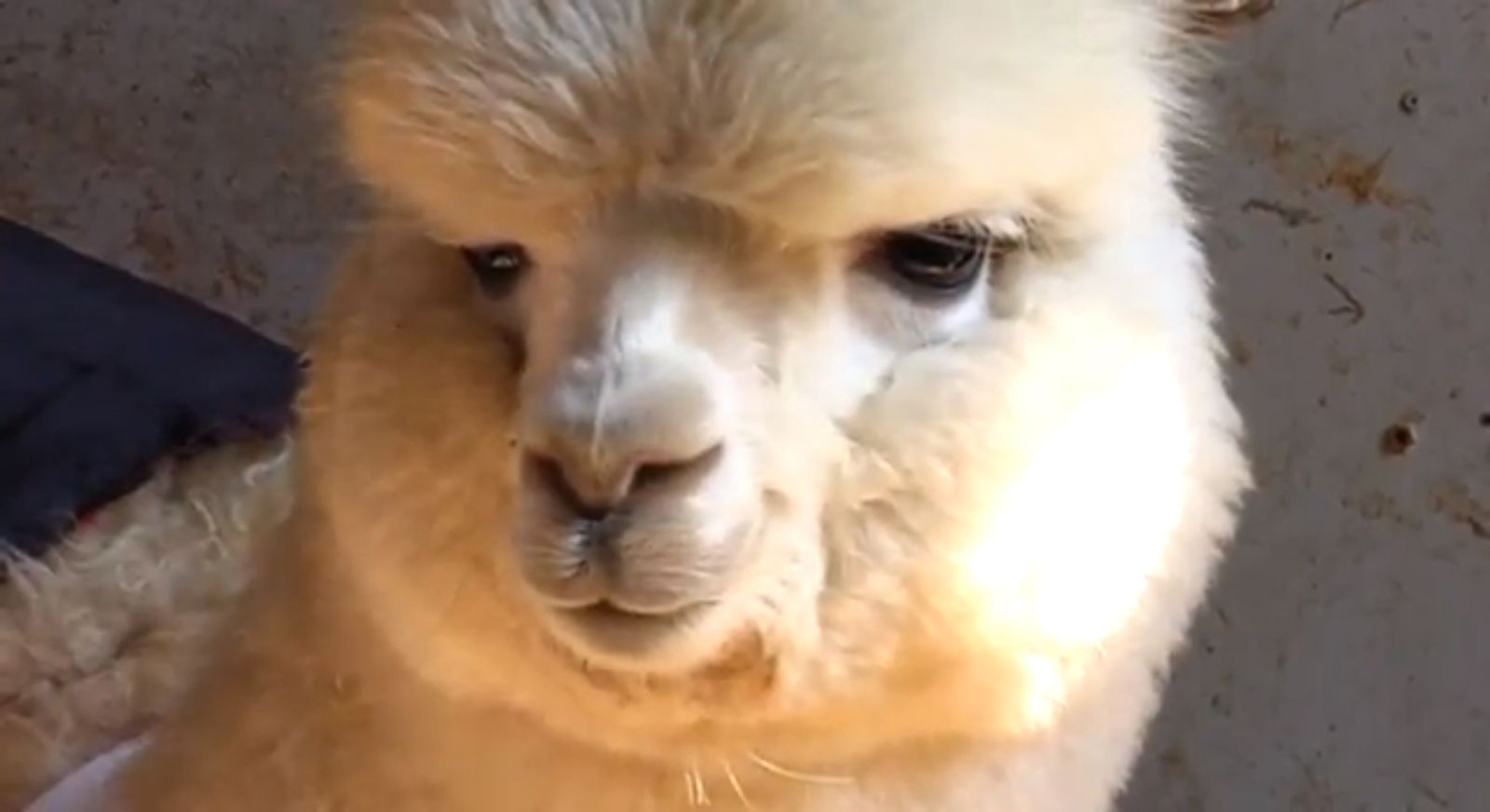 Kasimir the Alpaca has been dubbed the "Alpacle" by the regional television station in the Bavarian city of Landshut. 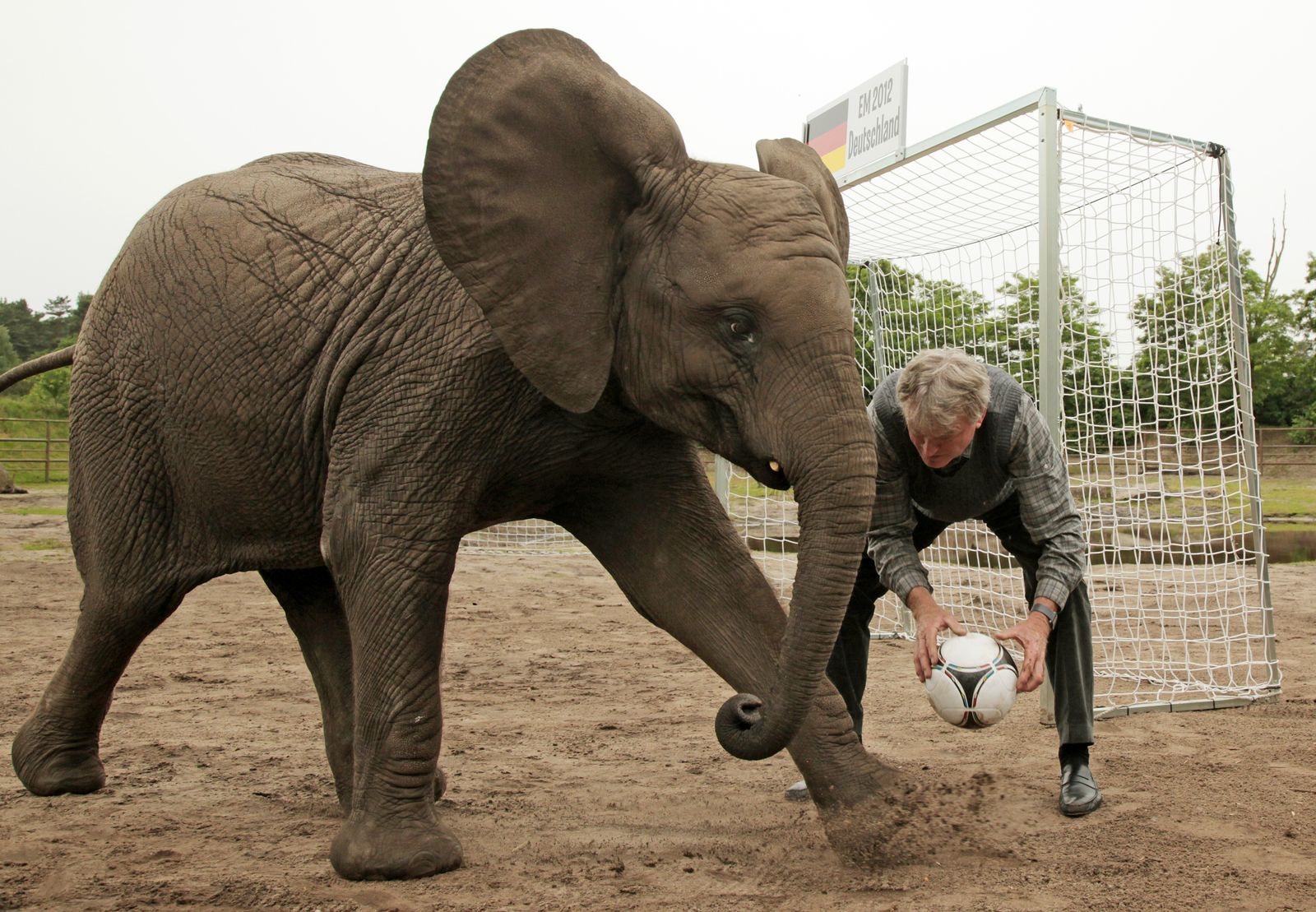 Two-year-old Nelly the elephant will be making her prophecies at the Serengeti Park in the northern German town of Hodenhagen. Here, she is seen with the former German star keeper Sepp Maier. Nelly will make her predictions by shooting a ball into one of two goals. 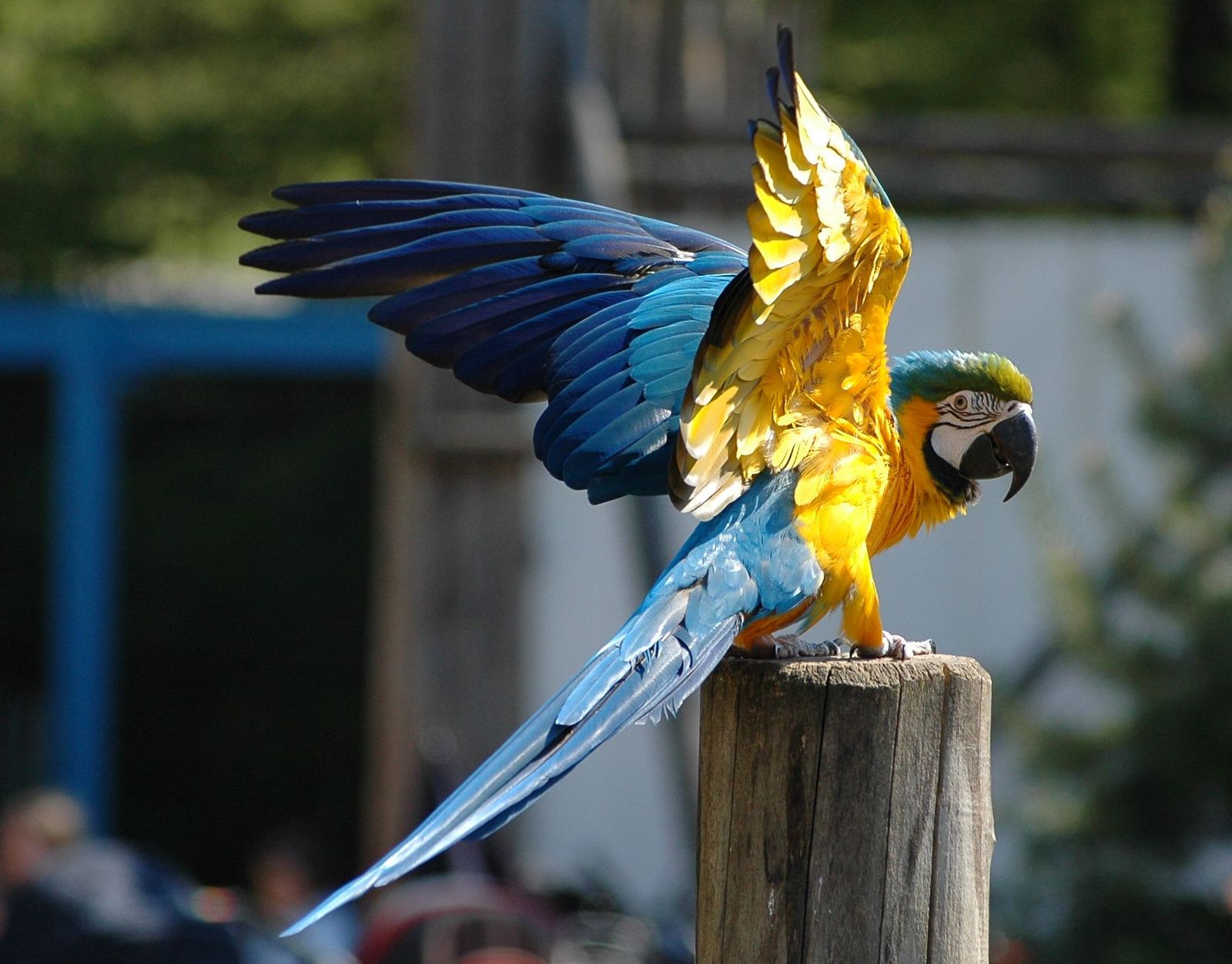 A parrot named Lorenzo is the great hope of the Hanover Zoo for his predictions of the European Football Championships.