"Oh, you're from England, are you? So, are you related to the Queen?" I had no idea how to answer the woman in the coffee shop in Columbus, Ohio, where I had come to follow the recent US elections.

But I didn't need to say anything at all, because she continued without drawing breath. "You know, I have English ancestry and our family is somehow related to the Queen". Oh well, I guess we're all related to each other somehow…

Shortly after, I met a group of tourists from Madrid. When I told them I liked Spanish, one of them answered: "Well, I just love English. But I mean the real English that they speak in Britain. Not that funny version over here in the US." Don't shoot me, all you Americans - I'm just reporting the conversation. And I love US English, too. Honestly.

Now, as regular readers will know, the key idea in this column is that you don't have to be perfect in English to be a good communicator. In fact, nobody is perfect anyway. Not even the Queen.

Even the Queen doesn't speak the Queen's English

This may be a shock for some of you. Surely, the Queen speaks the Queen's English (if that's your idea of perfect English). Well, sorry, no, she doesn't any more. Over the years, her accent has moved away from what was once considered perfect "received pronunciation" (RP). And earlier this year, the Queen's English Society, whose aim was to campaign for "good" English, decided to close itself down.

As for my English, well, I'm a perfect example of linguistic imperfection. Not only was English my worst subject at school - don't tell my employer that, because I didn't put it in my CV - but it hasn't improved much since. Not, that is, if you're looking for a perfect model.

My accent is a mixture of south-west England, where I grew up (so I sometimes say "ideal" not "idea"), London, where I lived for 10 years (so I often say "wa-er", not "water"), and various other bits and pieces that I have acquired along the way. This includes the irritating modern habit of using rising intonation when making statements and not just when asking questions. It's really annoying?

If I would have learned different if-clauses...

My spoken grammar also doesn't correspond to standard written English. I use double negatives ("this ain't never going to be finished on time"), I split infinitives ("to clearly illustrate my point") and I end sentences with prepositions (which pedants won't put up with). Also, like lots of English people, I say "If I'd've…", which is short for "If I would have…". And I'm sure you remember being taught at school that "if" and "would" don't belong together in conditional sentences. Well, sorry, they do, at least in spoken English.

And that's the point. Spoken English and written English are two different beasts. And guess which one came first. Correct, not the written version! There are even dictionaries that describe the different grammar rules and patterns of the two types of English.

So be careful next time you feel like telling a native speaker (or non-native speaker for that matter) that he or she isn't talking proper - sorry, I mean "properly". Just because what they say doesn't fit in with the rules you learned, that doesn't mean it's wrong.

But back to the United States. Another key feature of English is its variation around the world. And being able to adapt your language, in order to help communication, is a key skill, not least in international business.

I listen out for terms I haven't heard before, such as "up-charge", meaning supplement. "There'll be a $4 up-charge to sit in the balcony seats, Sir," a cashier said to me at the cinema, I mean movie theatre. In fact, a lot of these terms can no longer be labelled either British or US English, but are used in both countries and elsewhere.

I learned the expression "enthusiasm gap", used to describe the difference in the willingness of Republican and Democratic supporters to vote. And then there is the most common two-word term in the US in recent weeks. No, not "Barack Obama", but "fiscal cliff", meaning the danger the economy faces at the end of the year when automatic tax rises and spending cuts will take place if the politicians don't agree on an alternative plan.

I have also heard many political discussions about the need to have more women and Hispanics "at the table", meaning taking part in key decisions in political and business life.

And, finally, everything in the US is "awesome", from the most amazing scientific breakthroughs to the most banal transactions, such as buying food. I'm not joking. On a previous visit to the US, when asked in a café what type of sandwich I would like, I answered "turkey", to which the server replied "awesome!"

To this day, I have no idea what exactly was awesome about the situation: the sandwich, the turkey, my choice or my accent. Maybe, all of these. I just know that something was, well, awesome. Just like the English language and its ability to adapt and expand its usage.

Awesome. Truly, awesome. So deal with it. Embrace variation. And forget your ideas of rigid rules and perfection. Including the "rule" that says you shouldn't start a sentence with "and". 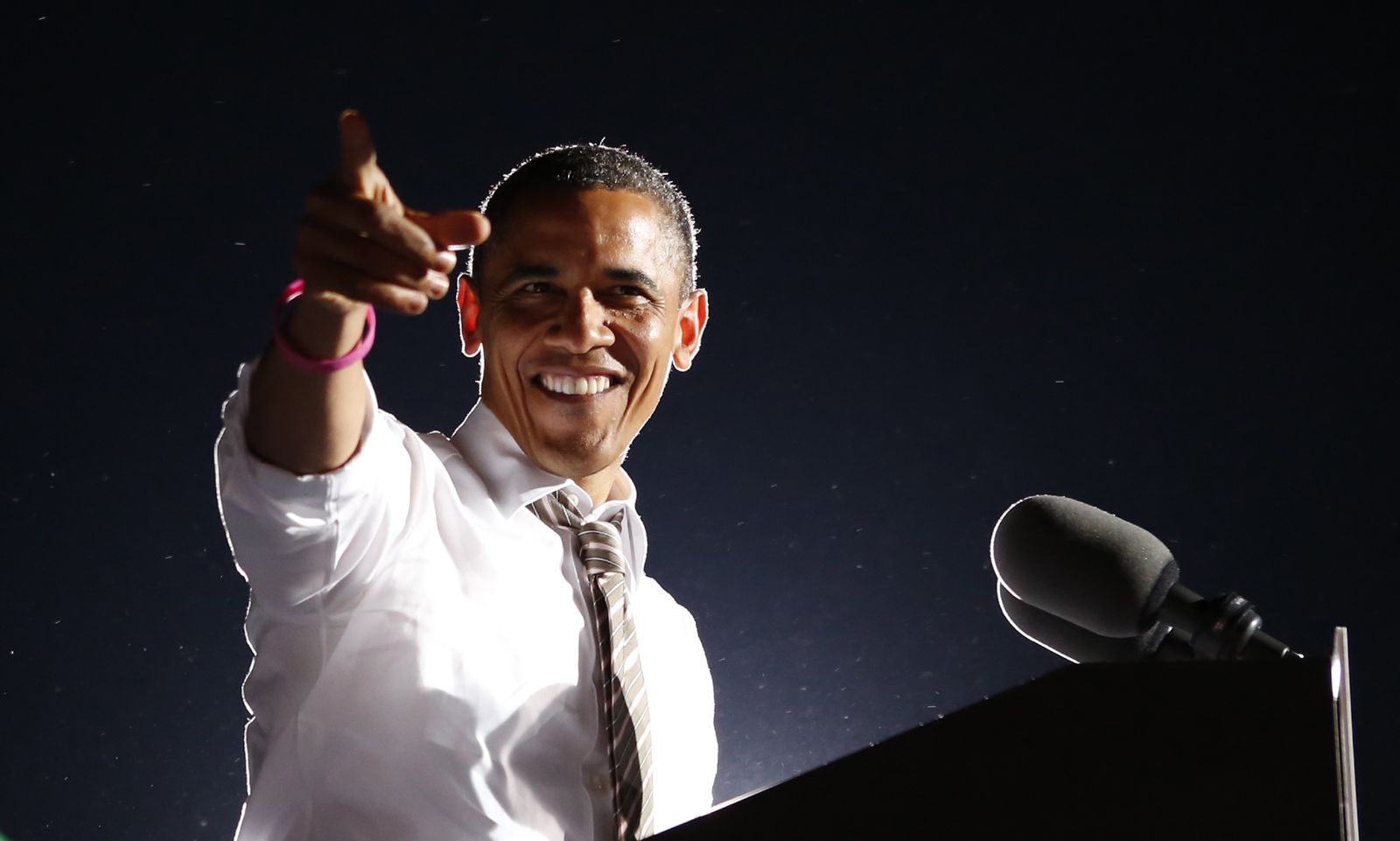 Awesome: Barack Obama has more women and Hispanics at the table