I was at Munich's main railway station last week and urgently needed to use the toilet.

Too much information? Really? My experience of more than 20 years in Munich is that most Germans are perfectly happy talking about bodily functions, although it's better not to do this with your English-speaking business partners. We really don't want to know about your problems with your mucous membranes (Schleimhäute).

I had two reactions. First, I was relieved, so to speak, that it was still there. Second, I thought that the self-appointed protectors of the German language, the Verein Deutsche Sprache (VDS) would have a heart attack if they saw this. Maybe they have.

The VDS spends its time fighting the use of English in German - fighting against Anglicisms or what is often called "Denglisch". Its newspaper, "Sprachnachrichten", is more or less a non-stop attack on English. Sometimes informative, sometimes entertaining. Almost always negative about the world's lingua franca.

One article in 2009 even suggested that English was responsible for the financial crisis. It said that German bankers often couldn't understand "hidden clauses" in American investment contracts. And these clauses would have alerted them to the risks of these investments. According to the article, it wasn't the fault of the bankers for not using English-speaking lawyers or top-class translators. The fault lay with the English language itself. Sadly, I am not joking.

People should use whatever words they want

I say "in general" because my language tolerance ends at the point where people can't understand each other. But I don't believe in trying to ban or replace words.

The inability to understand is only one of the three arguments against Denglisch put forward by VDS supporter and writing guru Wolf Schneider in his ironically titled book, "Speak German!".

Schneider says English words should be used in German only if:

I regard only the third point as valid. Who, after all, is to judge whether a word is aesthetically pleasing or not? Personally, I also think that many Anglicisms - such as Learnings, Catering, downgeloaded, and the Facebook-inspired liken and geliked - sound and look ugly in German sentences. But beauty, as we know, is in the eye of the beholder.

I left my rucksack in the kinder

And to say that English words shouldn't be used if there is (or could be) a German one available is to argue against synonyms, which all languages have. English, for example, lives quite happily with both the Latinate postpone and the Anglo-Saxon put off. You can do both to a business meeting in English - and no one cares about the linguistic origins.

New words constantly fight with old ones, sometimes replacing them, sometimes happily cohabiting with them. English itself has sucked up thousands of words from all around the world, including Germanic ones such as rucksack, zeitgeist and kindergarten (often shortened to just kinder).

I'm not arguing against the creation of German equivalents to new English words, whether by the VDS or anyone else. If they think Klapprechner is better than Laptop, fine. In the end, it is the language market - that is, common usage - that decides whether a word lives or dies. So let's see which people prefer. (Answer: in the long run, probably neither, as laptops will be replaced by tablets and other mobile devices.)

The glorious yet short-lived term of Wesiness

Of course, some of the silliest Denglisch creations have no chance of surviving. My personal (un)favourite was in an advertisement for a business seminar that said, "Business+Wellness=Wesiness". Wesiness? Oh dear.

Ironically, native English speakers often get most upset by the use of English in German. "I wouldn't mind as long as the Germans used our words correctly", they complain. Sorry, but they are using them correctly. Examples such as Gin Tonic (standard English: gin and tonic), Last not least (last but not least) and Standing Ovations (standing ovation) are not incorrect English, they are correct German. 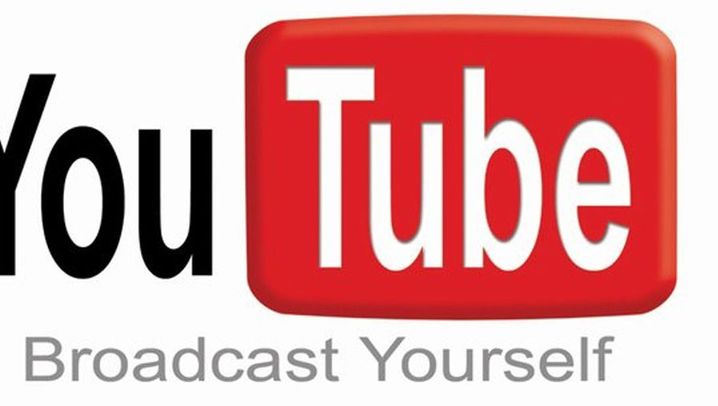 They are also creative examples of how languages change over time. Purists may not like it, but that's their problem. And I still wish that standard English would take over the German creation Handy to mean mobile/cell phone.

Another common argument against Denglisch is that the current wave of English terms is so much greater than in the past. Maybe. So what? All innovation goes in waves. Deal with it. But if it is any comfort, remember that words such as Bombast or Nonsens entered German from English in the 18th century, while Gentleman, Snob, boykottieren and Cocktail came in the 19th century. This really is nothing new.

No, the only valid reason for not using a word - English, German or whatever - is that it prevents clear communication. And there is an important message here for German-speakers who need English at work: don't try to impress people by using English terms such as return on investment, stakeholders or one-off in your German if others won't understand. Particularly if you're not really sure yourself what they mean. Otherwise, you are simply talking High-level Bullshit, as I once heard a senior manager say in German. And, yes, everyone understood that.

What the heck does Call & Surf Mobile Friends mean?

Each year, the VDS awards its "language adulterer" prize to a person or company that it feels is unnecessarily using English terms. This year's winner was Deutsche Telekom boss René Obermann for his company's products such as Complete Call Friends, Extreme Playgrounds, Combi-Card Teens, Call & Surf Mobile Friends, Business Complete and Company-Connect (although I would argue that most of these terms are actually perfectly clear to the target groups).

Maybe "rail & fresh" will be next year's winner. What does it mean? Not much, you say. Well, it's at a railway station and you make yourself fresh, I guess. And I doubt if anyone is confused by what it is - particularly as the letters "WC" are also there. By the way, that's English for water closet.

And anyway, since when do product names or slogans need to be clear? The Brits live happily with - and love - the Audi slogan Vorsprung durch Technik, even though they don't have a clue what it means. They simply translate it as: "It's German, so it must be bloody good!"

And what exactly does "Starbucks" mean? Well, Starbuck was the name of a sailor in Herman Melville's classic American novel Moby Dick from 1851. Did you know that? No, I didn't either until I just gegoogelt it. And the point is that most people don't care either - it's a coffee shop, that's obvious. Although, no doubt the VDS thinks it should be called Sternrammler or something equally absurd.

Denglisch? Relax. There are more important things in life to get worked up about. And anyway, just like King Canute sitting on his throne on the beach, you can't stop the tide. 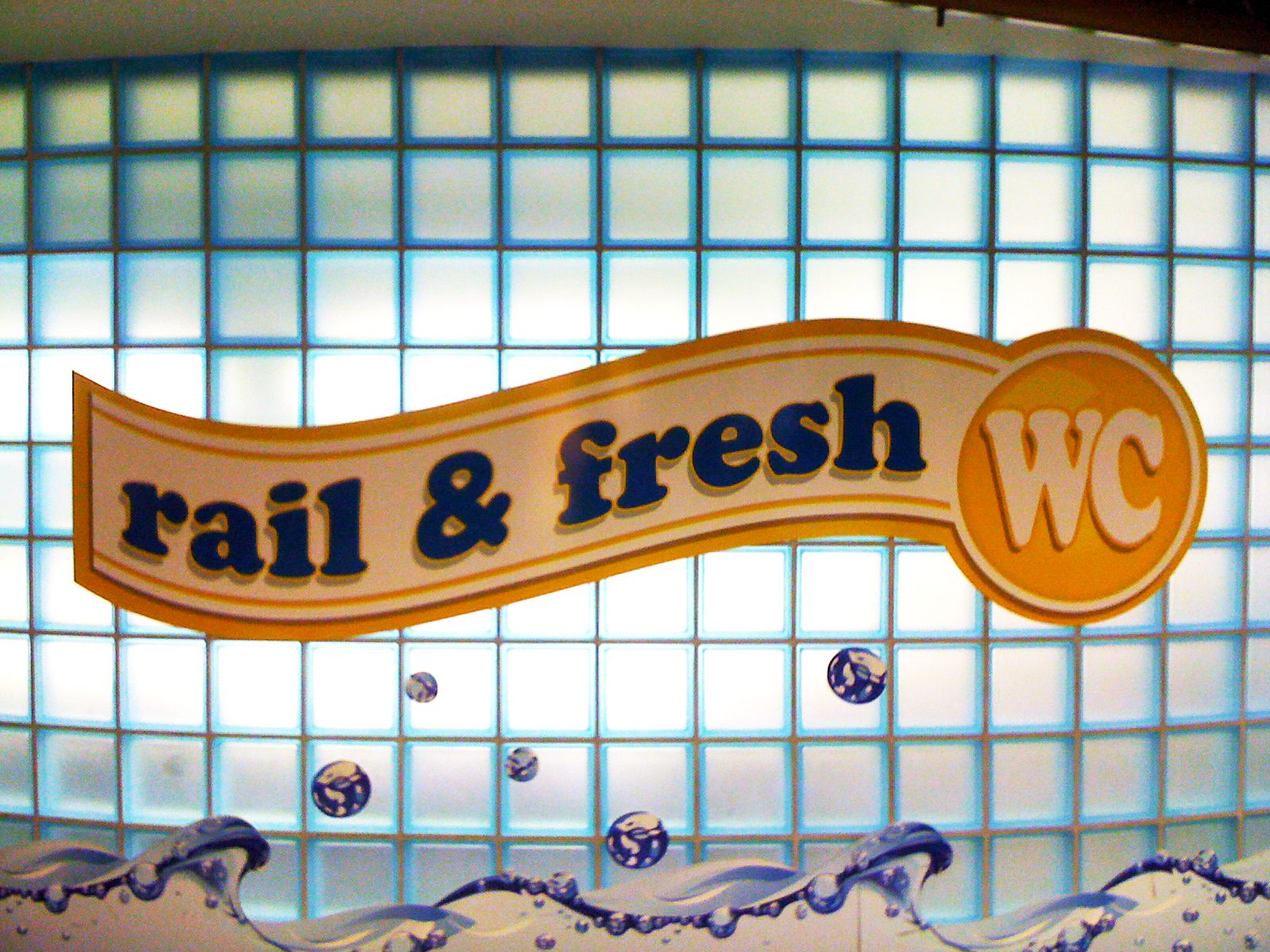