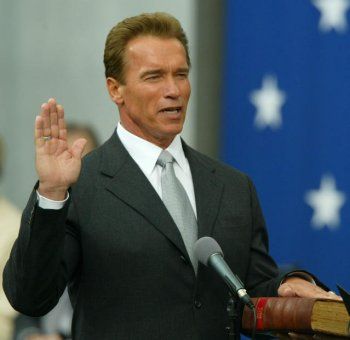 Like the Loch Ness monster, the so-called Muehlenberg Legend also emerges every year, finding new supporters who contribute to its validity. (...) Who was this Muehlenberg and what did he have to do with the fact that the USA was almost a German-speaking country? Did it ever give credence to a vote for an official language? Or at least in individual states?

English was nevertheless the language of the hated Colonialists, against whom the American people successfully revolted. It wouldn't have been unthinkable that the fledgling United States decided to grant itself another language after its founding. Naturally, anything is possible; the fact is that a vote for an official language never took place on neither a federal nor a state level.

However, like all legends, this one has a core of truth to it: on January 9, 1794, a group of German immigrants from Virginia submitted a petition to the House of Representatives demanding that laws be translated into German. This would help immigrants who hadn't yet learned English to become acclimated faster in their new homeland, however the petition was voted down in the House of Representatives 42 to 41. The German-born, bilingual Speaker of the House, Frederick Augustus Conrad Muehlenberg, who himself abstained from the vote, declared afterwards "the faster the Germans become Americans, the better it will be."

Among the German settlers, this led to the certain bitterness which provided fodder for this legend to grow into the celebrated folklore a generation later. In 1828, the legend evolved further, where a vote was cast in Pennsylvania whether German should be named as the second official language, and this proposal also lost by one vote. The crucial vote which prevented German as an official status was cast by State House Speaker Muehlenberg.

The fact that a vote ever took place could not have been proven until today. The fact that Germans were not an insignificant percent of the population of Pennsylvania at the beginning of the 19th Century, although they never exceeded one-third. German immigrants comprised about nine percent of the total U.S. population in 1830.

Regardless of the numerous German words which have penetrated American English, as well as the occasional new words like "Fahrvergnügen" and "Bremsstrahlung," the most well-known "Germish" vocabulary relates to German and Austrian specialities; the most macabre originated during WWII, and the most significant ideas came from the areas of dog breeding, philosophy and weapons technology. Here is a short selection:

Translation by courtesy of the Goethe-Institut, New York