2. (C) SUMMARY: On February 3, German PermRep Brandenburg demarched Ambassador Daalder regarding concerns Berlin has over the disbursement of 50 million Euros it donated in October 2009 to the Afghan National Army Trust Fund. He said that money for earmarked projects had not been disbursed, resulting in delayed projects. He also said that the U.S. Army Corps of Engineers was charging a 15 percent administrative fee. He said that German parliamentarians were beginning to ask questions about how this money has been handled, adding that this could make it difficult for Berlin to provide additional contributions in the future. Ambassador Daalder said that he believed there were some factual inaccuracies in the German demarche, but promised to forward it to Washington for a formal response. We request Washington guidance NLT Monday, February 8, on how to respond to Brandenburg. We ask that in drafting this guidance Washington take into consideration appropriate political factors, as well as technical budget and project management ones. END SUMMARY

2. (C/REL GERMANY) On February 3, German PermRep Brandenburg demarched Ambassador Daalder regarding 50 million euros that Berlin had donated to the Afghan National Army (ANA) Trust Fund in October 2009, handing over a non-paper reported in para 10 below. According to Brandenburg, this money had been earmarked for use in several specific projects -- the ANS Logistics School in Kabul, an engineering school in Mazar-e-Sharif, and an ANA Barracks in Feyzabad -- but so far no money had been disbursed for these projects. He argued, for example that construction of the logistics school had come to a halt.

3. (C/REL GERMANY) Brandenburg said that he had been instructed to raise this with us because of the unique role of the U.S., particularly the U.S. Army Corps of Engineers, in this process. He said that there was a particular concern in Berlin about a 15 percent administrative fee allegedly being charged by the U.S. Army Corps of Engineers. At the same time, he acknowledged that Berlin also had issues with how SHAPE and the NATO Office of Resources was handling the issue, adding that Germany would also be raising this issue with NATO officials.

4. (C/REL GERMANY) Brandenburg said that this was more than a technical budget and project management issue He said that several German parliamentarians were asking questions about these funds. He said that the German Government was in the process of preparing its 2010 budget and would like to be able to make an additional contribution to the ANA Trust Fund, but that parliamentary questions and concerns about how the initial 50 million euro contribution was being handled could make this increasingly difficult. He added that -- since this was becoming "the talk of the town" in Kabul -- it might also create difficulties in our ability to get other countries to contribute to the ANA Trust Fund.

5. (C/REL Germany) Brandenburg said that this demarche would be delivered in Washington, as well as other places. (Note: We understand it was also delivered to the Embassy Berlin.)

6. (C/REL GERMANY) Brandenburg said that since this money came from the MFA, German FM Westerwelle had taken an interest in the issue and would likely raise this with NATO

Secretary General Rasmussen when he sees him at the Munich Security Conference.

7. (C/REL GERMANY) The Ambassador said that there appeared to be some factual inaccuracies in the German demarche, but promised to forward it to Washington with a request for a formal response.

8. (C) RFG: We request Washington guidance NLT Monday, February 8, on how to respond to the German demarche.

9. (C/NF) COMMENT: As the Ambassador said to Brandenburg, there do seem to be some inaccuracies in the German demarche. At the same time, it is important we also recognize the serious political concerns the demarche raises. For example, while there may be good reasons for the 15 percent fee -- we understand it is a contingency fee not an administrative one -- the appearance that the U.S. is charging Allies an excessive fee for the use of monies they have donated to the ANA Trust Fund may be difficult to explain away during a parliamentary debate. Brandenburg is probably correct in arguing that issues such as this could make it more difficult to encourage nations to donate to the Trust Fund. Indeed, it took us months to even work out the agreements we needed to get the original German donation to the Trust Fund. We therefore urge Washington to look into this issue from a political, as well as technical/financial, dimension and with as much transparency as possible. END COMMENT

10. (C/REL Germany) The text of the German non-paper is reproduced in full below:

-- Refer to GER Agreement dated October 1st with NATO acting through its Office of Resources by which GER has committed to a voluntary contribution of Euros 50 mio to the ANA Trust Fund. Funds had been transferred to a SHAPE account in late October 2009.

-- Note that, at variance with the GER/IS agreement and the overarching MoU between the US, NATO and SHAPE on the "Management and Administration of Trust Fund Donations for support and sustainment of the ANA", transfer of the German ANA TF contribution to an US treasury account (resulting in the prevalence of US procurement procedures, including assignment of the US Army Corps of Engineers and an administrative fee of 15 percent) would be made without due consideration of the German donation caveat, thereby hindering the early funding of the prioritised projects and thus the application of the German/IS Agreement.

-- Note that the issue has been raised already in the German Parliament leading to questions why the Federal Government had donated money without any tangible effect on the prioritised projects yet. Likewise, charging a 15 percent fee for managing and executing ANA TF, especially when

applied to the funding of projects pursued by Germany, will inevitably attract heavy criticism by German audit bodies and parliamentary commissions.

-- Request partners, given construction delays that have already occurred and the urgency of respective funding requirements, to revert to the letter and spirit of the GER/IS Agreement and make sure that funds earmarked for the prioritised projects totalling Euro 7 mio will be transferred without any further delay. As laid down in the GER/IS agreement the earmarked funds (with regard to the prioritised projects to the amount of Euro 7 mio, in particular with regard to the ANA Logistic School, Kabul, to the amount of Euro 2 mio., as the financially most pressing case, since construction is already under way) need to be re-allocated at the Kabul level to the GER Einsatzverwaltungsstelle ISAF in order to allow for a swift implementation of the prioritised projects.

-- Urge partners to expedite the execution of funds donated by GER to the ANA TF aside from the prioritised projects and submit proofs of employment of funds in accordance with the US/NATO/SHAPE MoU as soon as possible.

-- Express concern about the fact that any further delay in allocating funds to the prioritised GER projects and executing the remainder of funds donated by GER must substantially impair prospects for any further German contributions to the ANA TF. 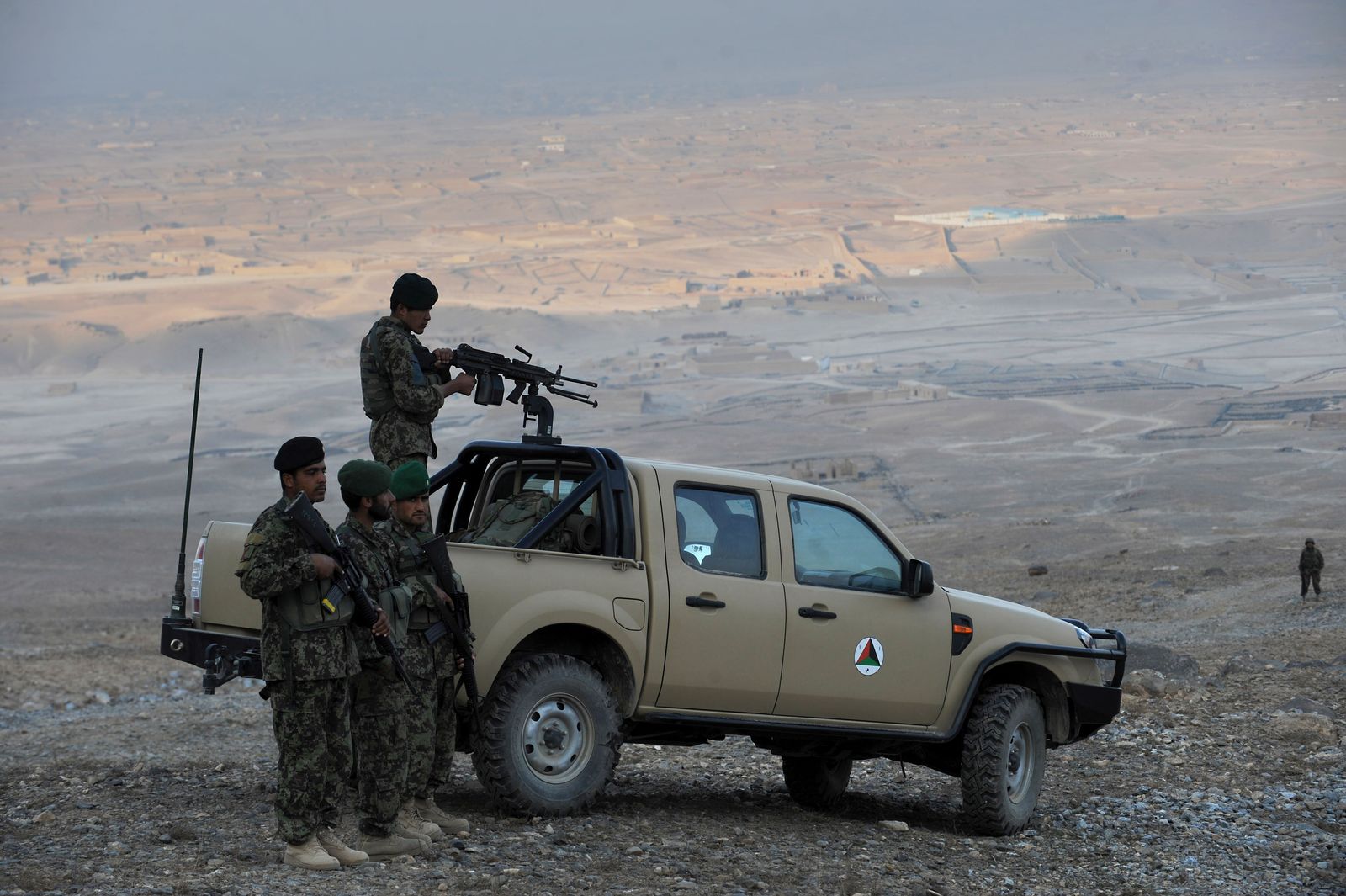