It's rare to see historic moments coming, because it's impossible to know how history will change and what course it will run. But sometimes you do see it. Sometimes you know something is about to happen that has the potential to change our world.

If Britain is clever, it will remain a member of the EU, because it will recognise that the future of the west is at stake.

This vote is about preserving Europe's competitiveness in times of change and struggle between world powers. It's about nothing less than the future of the peace project started in 1946 by erstwhile enemy nations on a devastated continent, ("Let Europe arise!" as Churchill put it). It is a project that has unified western Europe for seven decades.

The words are becoming increasingly heated. EU opponents are comparing Brussels to Hitler and producing dangerously false statistics, while the dominant tone among EU supporters is pathos. For once, the latter is justified, because fundamental principles are at stake.

Britain is a bridge between Europe and the US. If Britain leaves the EU on this side of the Atlantic while Donald Trump becomes president on the other, then seemingly permanent alliances will wobble, and a weakened Europe would end up alone, helpless amid myriad global crises.

If the right-wing populists grow stronger, because Europe suddenly weakens and shrinks just as they are on the rise, what will remain of the ideal of tolerant and progressive cooperation that defines the west?

So if Britain is clever, it will realise that it is not a world power on its own, that it will lose much with a yes to Brexit on June 23, and gain nothing but a brief moment of pride.

If it votes to leave because a disproportionately high number of older and less well-educated British want it so passionately, Germany and the rest of Europe will have to accept that today's EU is dysfunctional and unattractive. The EU should then mourn the loss of departed Britain and learn from it, and it should cease giving humiliating gifts to those who have left and develop some resolution.

Or else, hopefully, it will be the other way round: Should the British vote against Brexit, perhaps by 55% or 60% rather than 50.1%, then that would be a mandate. Then the British should stop doing the things that have irritated the rest of Europe for years: special requests, self-pity and wretched haggling over every last detail.

The day after the vote, the British should understand that they themselves helped create this detested Europe that they were so close to leaving, and start building a better one. 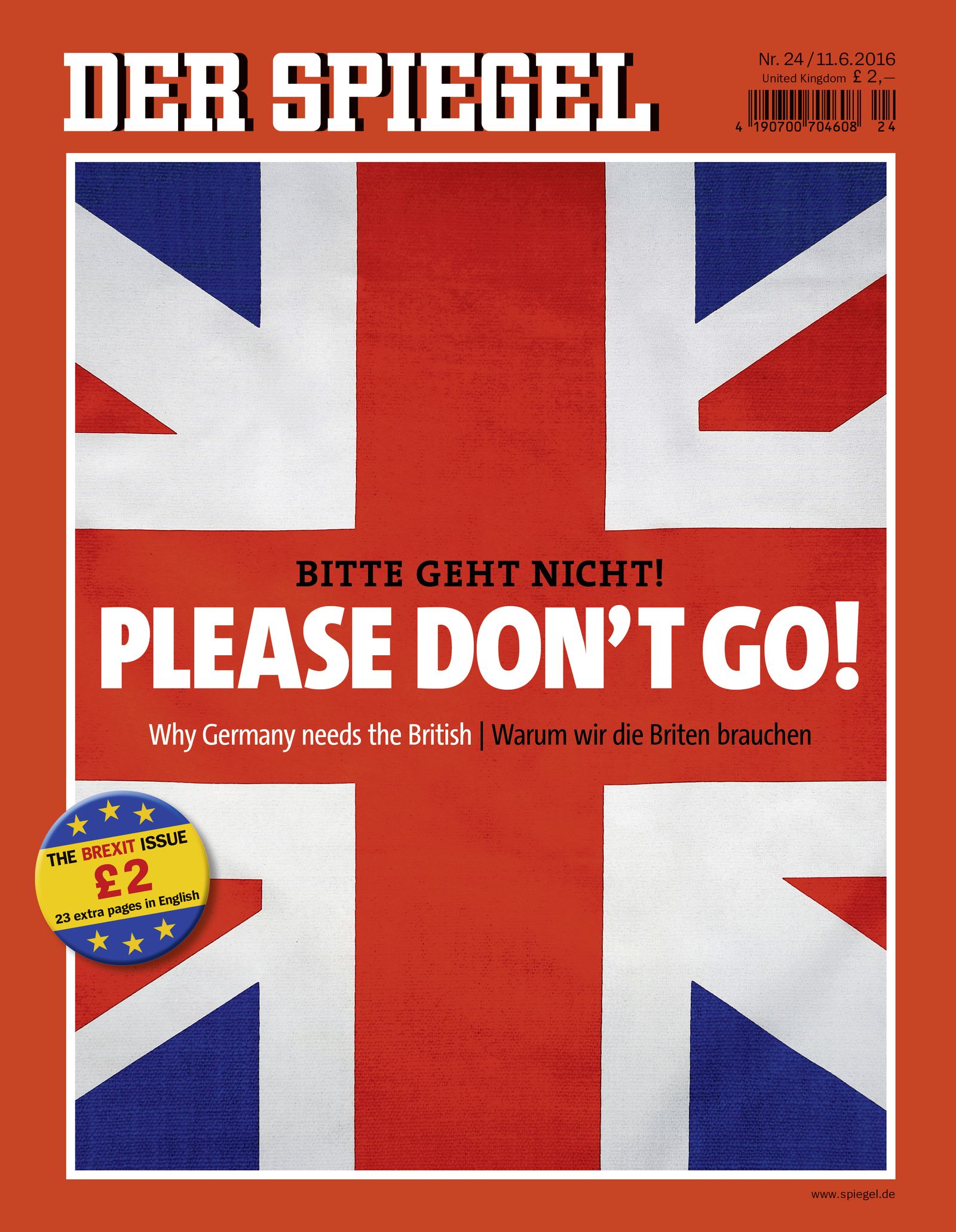