DER SPIEGEL conducted the following interview with Jeremy Issacharoff, 65, the Israeli Ambassador to Germany, who played a decisive role in the deal.

Issacharoff: Good news is not the norm in the Middle East. Often enough, no news is already good news. For many, the deal came as a surprise. Only a very discreet circle knew about it. What matters is that the German government views the agreement between Israel and the United Arab Emirates (UAE) positively, which Foreign Minister Maas immediately communicated to Israeli Foreign Minister Gabi Ashkenazi and said it openly.

"It Was a Very Discreet Process"

Issacharoff: It's always difficult to make historical comparisons. In my mind, any courageous step toward reconciliation in the Middle East gives the people in the area a reason for hope. I remember well the enthusiasm with which we greeted Sadat’s motorcade in Jerusalem in 1977. The process with the UAE was different in that our two countries were not in a state of war. The negotiations between Sadat and Begin developed within a very short time and in front of the world publicly. With the UAE, it was a very discreet process which started more than 25 years ago.

DER SPIEGEL: In 1994, you became the first Israeli diplomat to meet with an Emirati representative. How did this come about?

Issacharoff: I was No. 3 in Washington responsible for strategic issues. One day, a Washington consultant came to me and said the UAE were interested in purchasing U.S. defense equipment and wanted to know if we Israelis would have a problem with that. I said: If the Emiratis have an interest in how we see this, then I'd be more than happy to meet with them and begin a dialogue so that we could understand each other better rather than be given messages from third parties.

DER SPIEGEL: The New Yorker wrote that your counterpart was Jamal Al-Suwaidi, an Emirati academic who set up a government-backed think tank in Abu Dhabi called the Emirates Center for Strategic Studies and Research.

Issacharoff: Dr. Suwaidi was a high-ranking adviser to MbZ. We met two or three times in Washington. Within a very short time, we put aside all the stereotypes that Arabs and Israelis may have and became friends. We realized that we have so much more in common than we thought. We both had the essential feeling that we want to talk more in order to know more about each other. That is the problem in the Middle East: We don't talk enough -- Israelis, Arabs, Palestinians.

DER SPIEGEL: Did the UAE get their F-16 planes?

Issacharoff: I remember a meeting of Prime Minister Yitzhak Rabin at the Pentagon and, as has already been reported, Rabin said, "We won’t object.” It was a diplomatic move that created the trust to open a more sustained dialogue through other means.

DER SPIEGEL: Did you stay in touch after you left Washington?

Issacharoff: Yes, I did. One result of my talks in Washington was that we had a discreet presence in the UAE. Then, there were tensions during the second Palestinian intifada that led me to visit Abu Dhabi for the first time. We continued to maintain a dialogue with the UAE, also prior to the second Gulf War.

DER SPIEGEL: What happened then?

Issacharoff: We sat together for seven hours. Interestingly, the conversation wasn't just about bilateral issues. We spoke about regional challenges -- first and foremost about the threat from Saddam Hussein’s Iraq. Every few months, we would go there with a team. Each time, we met a more senior government representative. At times, it was hard to find topics on which we did not agree.

DER SPIEGEL: In 2005, you returned to Washington as deputy ambassador and met Yousef al-Otaiba, the UAE’s ambassador to the U.S. at the time.

Issacharoff: In 2009, shortly after President Barack Obama’s inauguration, there was a joint initiative of our two countries. The UAE shared our concerns about the Iranian nuclear program and the threats from then Iranian President Mahmoud Ahmadinejad. So, we met with Dennis Ross, Obama’s Middle East adviser, Israeli Ambassador Sallai Meridor and al-Otaiba. We did not coordinate ourselves in advance -- it was amazing to see how our analyses complemented each other.

"I Was Not Surprised By the Agreement"

DER SPIEGEL: What led to the breakthrough now? Having a joint enemy in Iran?

Issacharoff: I can’t speak for the UAE. I think that this cumulative amount of converging interests in the regional context created that moment and related to the question of sovereignty.

DER SPIEGEL: You mean the annexation of Palestinian territories.

Issacharoff: Two months ago, al-Otaiba, the ambassador of the UAE to Washington, wrote an unprecedented op-ed in the Israeli daily Yedioth Aharonot in which he warned that this step would be an obstacle to normalization between Israel and the Arab world. In that sense, I was not surprised by the agreement that ensued.

DER SPIEGEL: With that, the UAE broke an Arab taboo - namely that there can only be peace with Israel if the Israeli-Palestinian conflict is resolved.

Issacharoff: I don't know if it's an Arab taboo. My feeling is that the Israeli-Palestinian track has not progressed because there wasn't sufficient support in the Arab world for the Palestinians. I think that the fact that moderate Arab countries are now working with Israel is one of the greatest chances that we can move forward on the Israel-Palestinian track.

DER SPIEGEL: Critics argue that there is less pressure on Israel now.

Issacharoff: Was there so much pressure before? There was no peace process that could be ruined.

DER SPIEGEL: U.S. President Trump supported the annexation plans in the beginning. Now, David Friedman, his ambassador to Israel, recently tweeted: "We prioritized peace in the region over West Bank annexation … you can't have peace and annexation at the same time.” Is that also the Israeli government’s position?

Issacharoff: I would say: You can have peace and solve issues of sovereignty at the same time. There will be adjustments. Part of our foreign policy since the Six Day War has been not to go back to the 1967 borders. The best peace plan is to get the two sides in the same room and negotiate. But for that, the Palestinians have to be ready to engage. 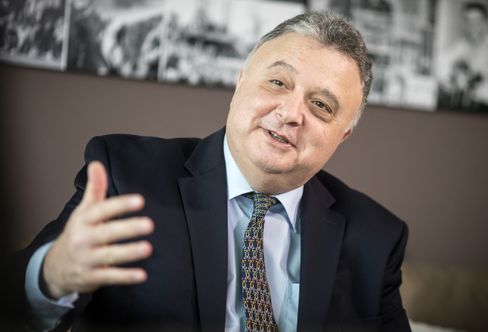 The Israeli ambassador to Germany, Jeremy Issacharoff, in Berlin: "The fact that moderate Arab countries are now working with Israel is one of the greatest chances that we can move forward on the Israel-Palestinian track."

DER SPIEGEL: As was already reported, the F-16 deal in the 1990s worked as a door opener for the talks with the UAE. Is Israeli agreement on the sale of F-35 planes to the UAE part of the recent deal?

Issacharoff: You can’t compare it with the situation today. The F-35 question, as Prime Minister Netanyahu has said, is not part of the recent deal.

DER SPIEGEL: There were positive reactions from the government in Sudan, Bahrain and Oman. Will more Arab states follow the example of the UAE?

Issacharoff: In the past, I have had exchanges not just with representatives from the UAE, but also with interlocutors from other Gulf countries. And I could see the great commonality of interests between them and us. The step the UAE were ready to take is part of a wider change of consciousness. The Middle East context is changing in a way that demands greater openness and cooperation. I very much hope that other countries will follow the example of the UAE. 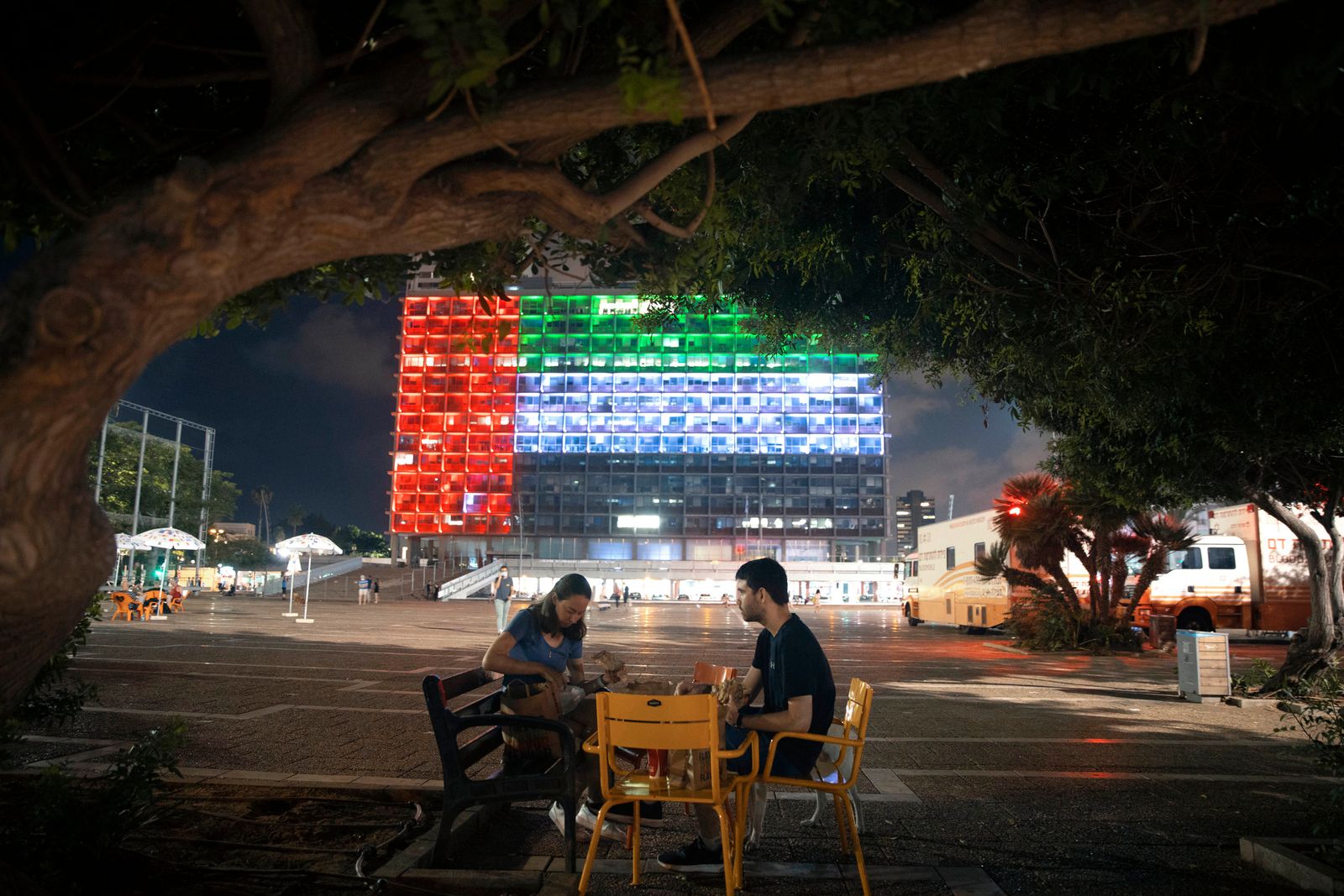 Tel Aviv City Hall is lit up with the flag of the United Arab Emirates: part of a wider change of consciousness 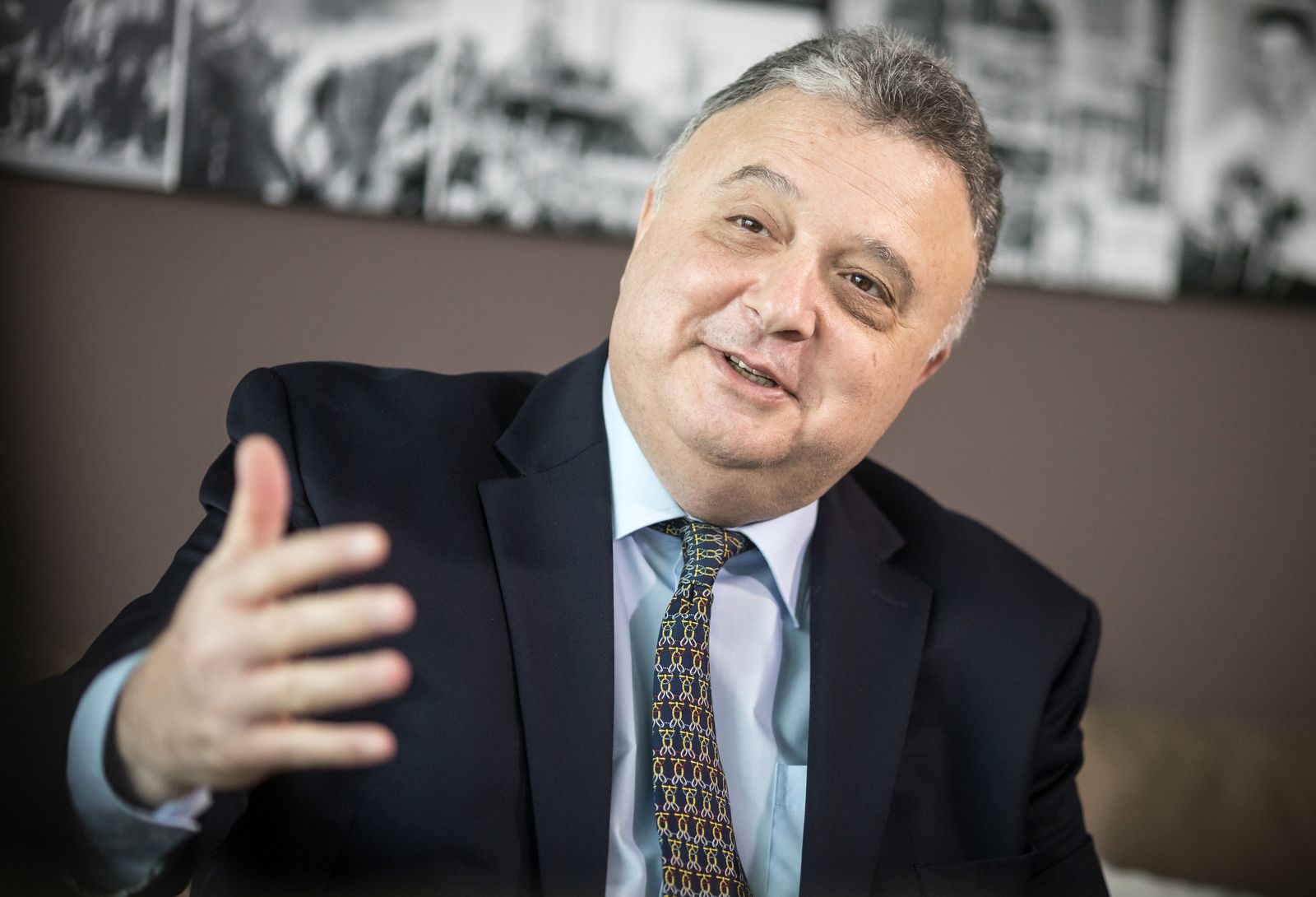 The Israeli ambassador to Germany, Jeremy Issacharoff, in Berlin: "The fact that moderate Arab countries are now working with Israel is one of the greatest chances that we can move forward on the Israel-Palestinian track."