SUBJECT: THE HOLY SEE: A FAILURE TO COMMUNICATE

Subject: the holy see: a failure to communicate

1. (C) Summary: Together with other flaps, the recent global

controversy over the lifted excommunication of a Holocaust

Benedict XVI's stated intentions and the way in which his

message is received by the wider world. There are many causes

for this communication gap: the challenge of governing a

weaknesses at the top, and an undervaluing of (and ignorance

about) 21st century communications. These factors have led to

muddled, reactive messaging that reduces the volume of the moral

megaphone the Vatican uses to advance its objectives. This is

especially true with audiences whose view of the Vatican is

informed largely by mass media coverage. There are signs that

Whether they'll prevail remains to be seen. End Summary.

2. (SBU) The Vatican is highly hierarchical with the Pope

ultimately responsible for all important matters. Yet it is

also highly decentralized in its decision-making. This

structure reflects belief in the principle of "subsidiarity":

leaving decisions to those closest to, and best informed on, a

particular matter. On a practical level, however, subsidiarity

consultation and review. This approach also encourages a narrow

focus on issues at the expense of the big picture.

3. (C) In discussing the recent crisis with CDA and PAO,

communication style as being focused on the content of a

decision, rather than its public impact. xxxxxxxxxxxx, noted that this phenomenon is compounded

by the fact that officials from the various Church organs see

themselves as advocates for their issues, without considering

their impact on the Church as a whole. The result is a process

in which only a handful of experts are aware of imminent

decisions -- even major decisions with broad implications -- and

those who are become proponents, rather than impartial advisors

4. (C) A series of missteps during Benedict's Papacy have made

the lack of information-sharing in the Church painfully clear.

In 2006, the Pope made a speech in Regensburg that was widely

decried as insulting to Muslims, though he later explained he

service at St. Peters, an event broadcast worldwide; the

Cardinal who runs Inter-Faith Dialogues for the Church knew

nothing about the conversion until it happened. This year,

Father Federico Lombardi, head of the Vatican press office, and

Cardinal Walter Kasper, President of the Pontifical Council for

learned only after the fact about the decision to reinstate

communion with schismatic Lefebrvist bishops who included a

Holocaust denier (reftel). In the midst of that scandal,

meanwhile, the Pope proposed promoting to auxiliary bishop a

priest who said Hurricane Katrina was "divine retribution" for

licentiousness in New Orleans. The resulting outcry led the

cleric to decline the offer.

A tin ear at the top

5. (C) These public missteps have intensified scrutiny of the

their way. George Weigel, editor of a conservative US-based

and incompetence" had made clear "how dysfunctional the curia

remains in terms of both crisis analysis and crisis management."

Secretary of State Tarcisio Bertone -- who is tasked with

managing the Curia and is its highest ranking official after the

Pope -- has been a particular target. xxxxxxxxxxxx, said Cardinal Bertone had "distinguished

himself by his absence" during the Lefebrvist controversy, and

that the curia had become "more disorganized than before" under

his leadership. Yet xxxxxxxxxxxxmay have understated the problem.

At the height of the Lefebrvist scandal, Bertone referred

publicly to the offending bishop by the wrong name, then

denounced the media for "inventing" a problem where there was

none. Other critics note Bertone's lack of diplomatic

experience (he speaks only Italian, for example), and a personal

travel focusing on the spiritual needs of Catholics around the

6. (C) More broadly, critics point to a lack of generational or

geographical diversity in the Pope's inner circle. Most of the

top ranks of the Vatican -- all men, generally in their

seventies -- do not understand modern media and new information

laid even greater emphasis on the Italo-centric nature of the

Pope's closest advisors. Other than Archbishop James Harvey, an

American and head of the Papal household, there is no one from

an Anglophone country in the Pope's inner circle. xxxxxxxxxxxx few had exposure to the

American -- or, indeed, global -- rough and tumble of media

in "coded" language that no-one outside their tight circles can

decipher. (The Israeli Ambassador, for example, told CDA that

he recently received a Vatican statement that was supposed to

contain a positive message for Israel, but it was so veiled he

missed it, even when told it was there.)

7. (C) There is also the question of who, if anyone, brings

dissenting views to the Pope's attention. As noted, Cardinal

Bertone is considered a "yes man," and other Cardinals don't

him bad news. And if bad news rarely filters out, leaks never

were much more common. While damaging, these leaks did allow

time for critics of pending decisions to mobilize and present

opposing views to the Pope in time. Pope Benedict and Cardinal

Bertone run a much tighter ship, xxxxxxxxxxxx, but at the expense of

squashing coordination or allow dissenting voices to be heard.

8. (C) As has become evident throughout the controversies, much

Communications and the Vatican Press Office are weak. The

former applies the Church's teachings to the field of

communications and is not involved in shaping the Pope's

message. The latter has the writ, but not the influence.

9. (C) Father Lombardi, the spokesman, is not part of the Pope's

inner circle. He has little influence over major decisions,

even when he knows about them beforehand. And the poor man is

terribly overworked: Lombardi is simultaneously the head of the

from one office to the other over the course of the day. It's a

grueling schedule on good days, and debilitating during crises.

Father Lombardi is the deliverer, rather than a shaper, of the

message. In the wake of the Lefebrvist controversy, he openly

said that the Vatican press office "didn't control the

in which he plays a central role, he is dependent on individual

Church organs and leaders seeking his advice. It's a hit or

10. (C) There is another cost to divorcing decision-making from

candidly said that the Holy See rarely considered how best

to explain dogmatic, ecclesiastical, moral or other decisions to

a broader public. He emphasized that the content of the message

should not/not be different -- the Catholic Church would often

take positions contrary to public opinion -- but the Church

hierarchy needed to think more about how to present positions.

11. (C) The communication culture of the broader Catholic Church

is diverse, however, with many Church-affiliated organizations

now excelling at communication. One example of a Church

organization that is using modern communications strategies to

PolOff recently met with xxxxxxxxxxxx, and discussed how Opus Dei

responded to the "Da Vinci Code" - a novel which pilloried the

group. Sanchez said that Opus Dei realized it could respond in

prisoners' approach and refute every error; or (3) treat the

controversy as a chance to explain Opus Dei to the world. Opus

journalists and others, and the organization's membership has

actually increased as a result.

12. (C) There is a growing urgency within the Vatican about the

need to change the current communication culture. The rare

of their colleagues' roles in the Lefebrvist scandal are an

extremely strong indicator of internal disquiet. There are a

number of proposals circulating to help fix the problem.

xxxxxxxxxxxx have confirmed privately to

the Embassy that discussions are underway about having the

privately proposed to his leadership the possibility of creating

an office in the Secretariat of State to flag potentially

controversial decisions and has asked for resources to prepare

insiders close to the Pope have suggested bringing more native

English speakers into positions in the Pope's inner circle. And

not a few voices are calling for Cardinal Bertone's removal from

13. (C) Behind closed doors, our Vatican contacts seems to be

talking about nothing but the need for better internal

coordination on decisions and planned public messages. Most

anti-Semitic or endorsing Holocaust denials, yet are confronting

the ugly reality that many people actually believe these notions

because of their own poor communications culture. But if or

when change will come remains an open question. The structural

and cultural roots of the current situation are deep, and will

not be easily uprooted as they are closely connected to Pope

disastrous Regensburg speech led to little or no change. The

coordinating body within the curia - and other possible

solutions -- are hopeful signs. But they are not yet guarantees 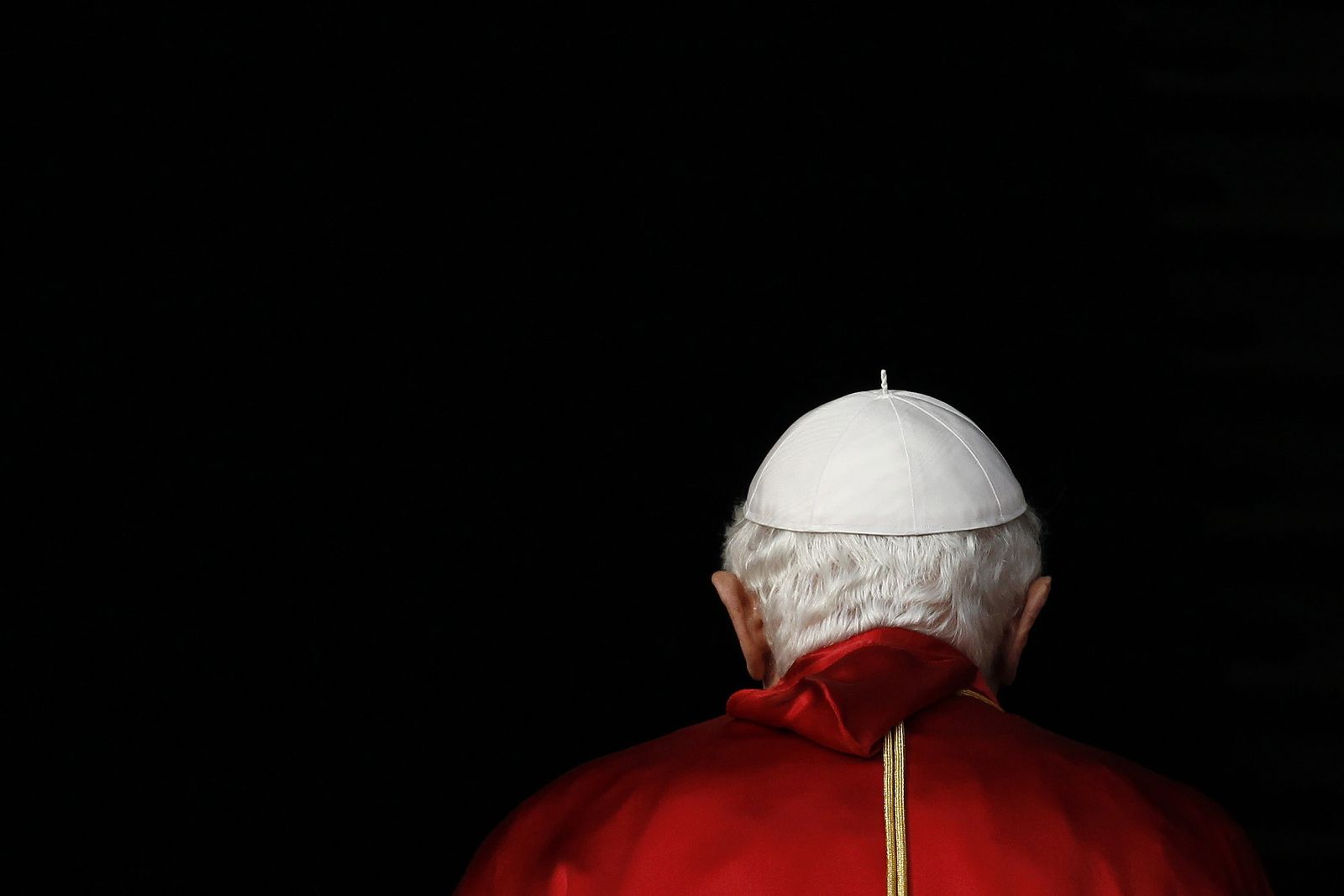